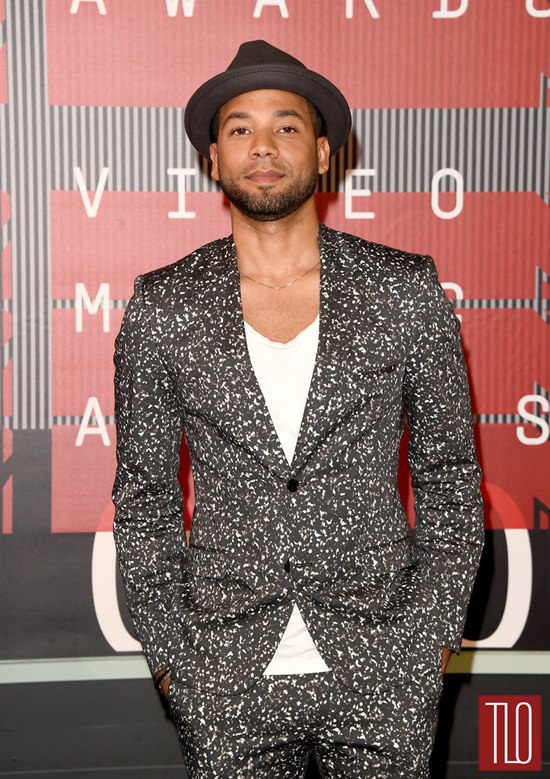 While it’s true that he looks like a composition book with legs, it is also true that he looks adorable and this is probably one of the most stylish men’s looks* of the night. It takes a very special talent to wear that hat and not look like a douche. Or maybe you just have to not be white to pull it off. Either way, we love the whole look for him.

* We suppose we have to resign ourselves to the undershirt as a viable red carpet choice now, since this particular one works so well for this look, but we maintain that it’s still a highly venue-specific look. The VMAs red carpet is one place where an undershirt is totally acceptable if it’s paired with something stylish.