Miss Lady deserves herself some credit for turning it out on the red carpet front lately. It’s not just that she’s wearing discussable and arguably photogenic ensembles, but she’s changing her looks up a bit, always leaving us wondering what she’s going to wear next.

In other words, she totally gets what the red carpet is for. 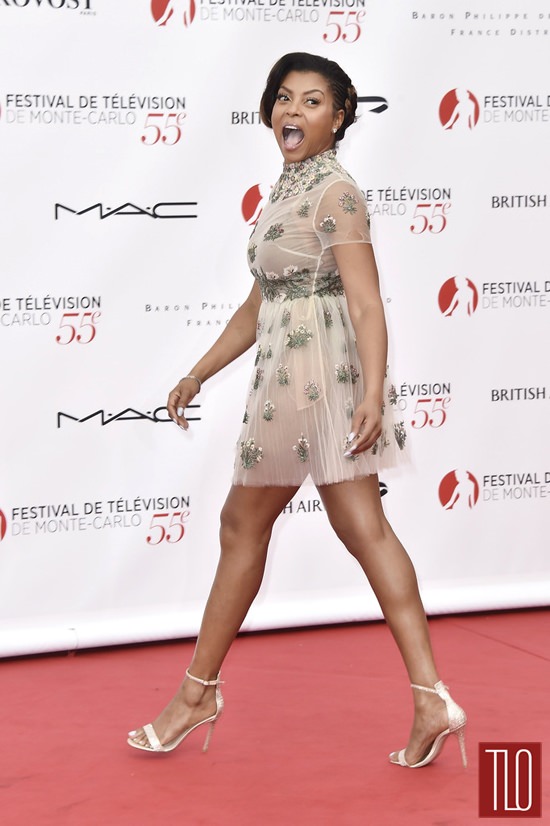 Of course, when you take such an aggressive approach to your red carpet poledancing, you’re not likely to hit all the marks every time. This is cute in some respects, but the shape is very odd on her. The waist isn’t hitting where it’s supposed to. Also, it’s a bit “ice dancer.” But the big story here is her face, which is frightening. Far be it for these two white boys to advise a lady of color on her makeup routine, but something is not working here, girl.

But then there are the times when she gets it all pretty much exactly right: She is giving us Executive Realness, Cookie-style. And we’re absolutely a hundred percent here for that. Sometimes, you’ve just got to play to your strengths.