Nicole Kidman in Balenciaga at the 2015 CMT Music Awards

As Balenciagas go, this one’s fairly low-key (in a fur-trimmed kind of way), but even so, it wouldn’t be on our list of go-to design houses for an event like the CMT Music Awards. Nicole Kidman attends the 2015 CMT Music awards at the Bridgestone Arena in Nashville, Tennessee in a Balenciaga fur-trimmed top, pants, and shoes from the Fall 2015 collection paired with Fred Leighton jewelry. 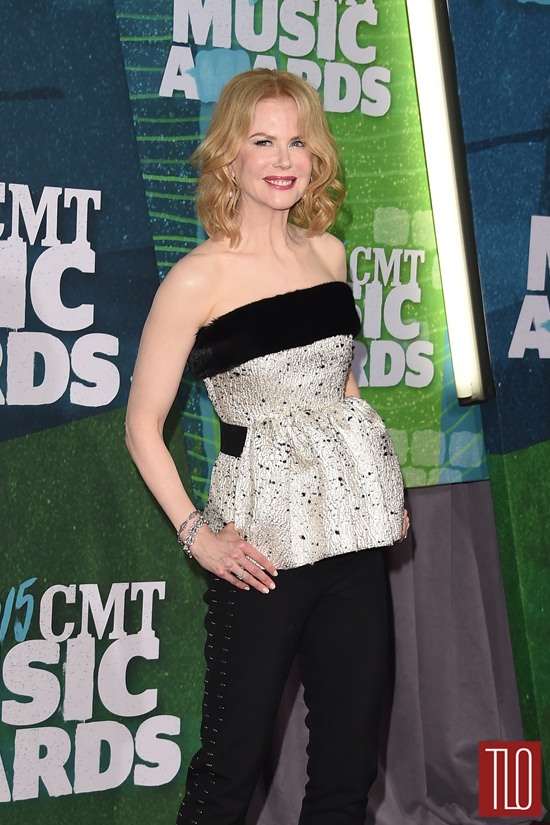 Which isn’t to say one can’t wear high-fashion looks to an event like this (although haute couture would be tacky, in our opinion). But we’d probably gravitate toward more red-carpet glam names like Naeem Khan, Marchesa and J Mendel, if someone asked us which way to go. Which they never do because the world hates us for being so right all the time.

Anyway, not only does Balenciaga not suit this event, but this Balenciaga sure as hell doesn’t suit Nicole Kidman. We’re not exactly sure who it would suit, since the shape from the side is pure “When are you due?” Also, since we’ve really committed to the “Being total bitches” thing for this post, the pants aren’t flattering at all and the shoes look ticky-tacky.