Home » Fashion » Juliette Lewis in Christian Siriano at the 2015...

Juliette Lewis in Christian Siriano at the 2015 CFDA Fashion Awards

Miss Juliette clearly loves her look. And we do too. Juliette Lewis attends the 2015 CFDA Awards at Lincoln Center in New York City in a Christian Siriano raffia ball-skirt and crop top from the Spring 2015 collection. 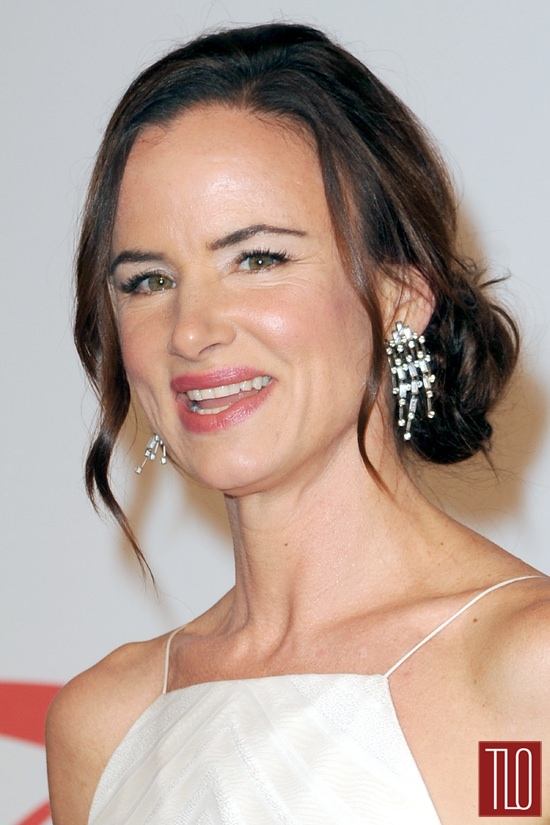 No, really. She looks gorgeous and exuberant and like she’s having fun with her fashion. That’s what the CFDAs red carpet should be about as far as we’re concerned: pretty people having fun. Because they have it so hard, you guys. They deserve the break.

We ADORE the skirt. We just don’t love the top. The idea of it is fine. After all, such a giant, floofy skirt practically requires a very low-key, almost minimalist top. But this particular top feels “unresolved,” as they say. The fabric doesn’t seem as rich as it should and the design and execution seem a little too casual for that bottom half. Plus the fit in the bust isn’t so hot. If this had been better fitted and maybe had a tiny bit of sparkle to it in order to make it seem more formal, we think the look could’ve been perfect.

Still, you can’t deny how wonderful she feels at the moment. Unless she’s totally faking it, but why would she?