Taylor Swift in Balmain at the Billboard Music Awards

Side cut-outs and footlessness. It’s like she’s trying to make our eyelids twitch. 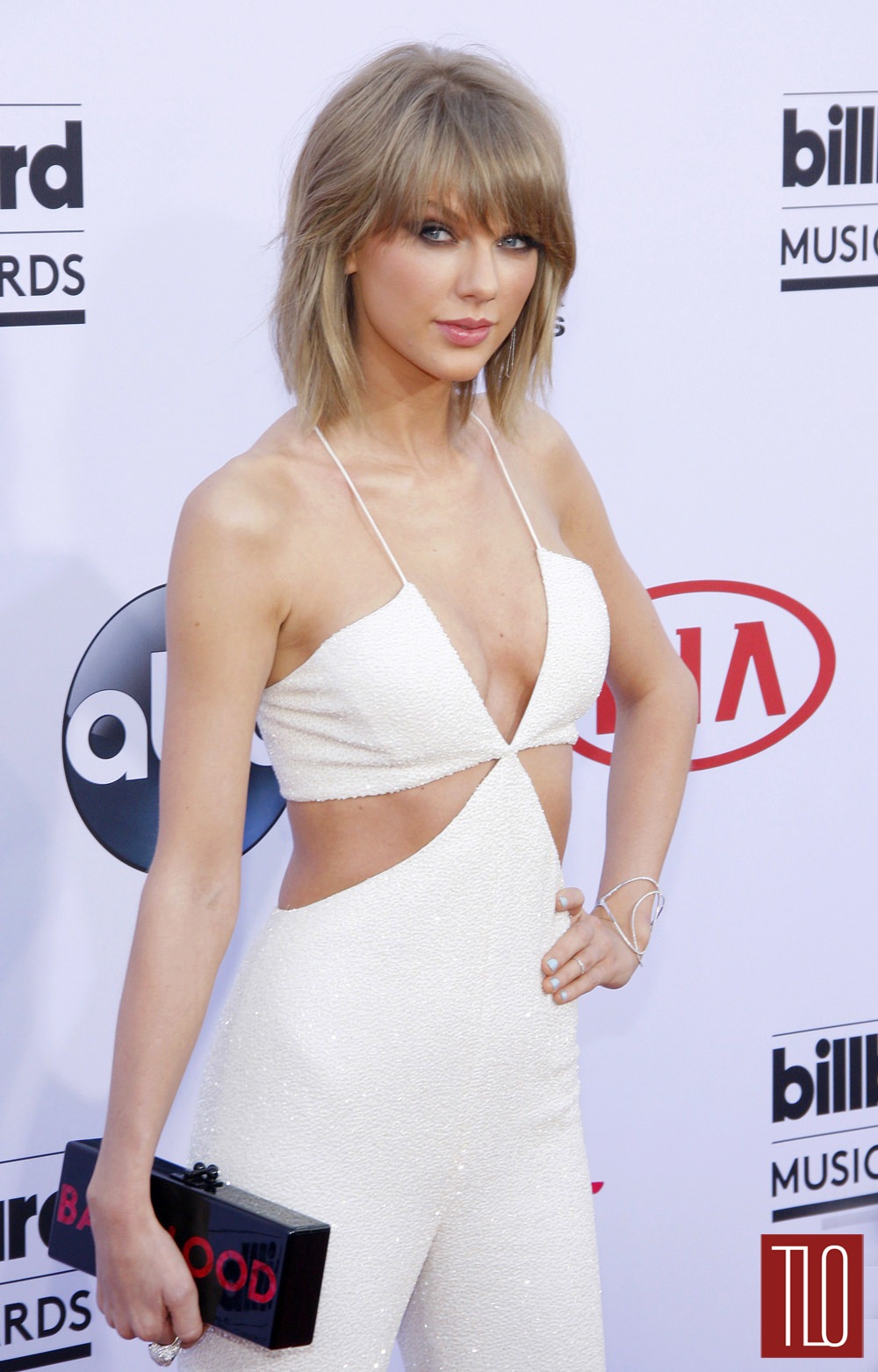 We don’t necessarily hate it, though. Granted, we don’t exactly love it because of the aforementioned eye-twitch-inducing elements, but it’s definitely a look that’s right for the venue. And besides, we can remember a time when we were begging her to stop dressing like a children’s book character and start dressing more like a grownup. She shot past “grownup” and landed on “adult film star,” but that’s kinda par for the course with the starlet set these days.

On a purely technical level, we don’t think the shapes and proportions are flattering at all. Both the shape of her breasts and her natural waist are completely obscured by fabric trickery.
[Photo Credit: Joe Sutter/PacificCoastNews, David Gabber/PRPhotos.com, Getty Images, IMAXTree]