Home » Fashion » Sam Heughan and Caitriona Balfe at the “Outlander”...

They’re getting slightly better with each appearance. You two kids keep this up and you’ll be downright chic for the Season 3 premiere.

We joke because we love, of course. And because we’re bitches. 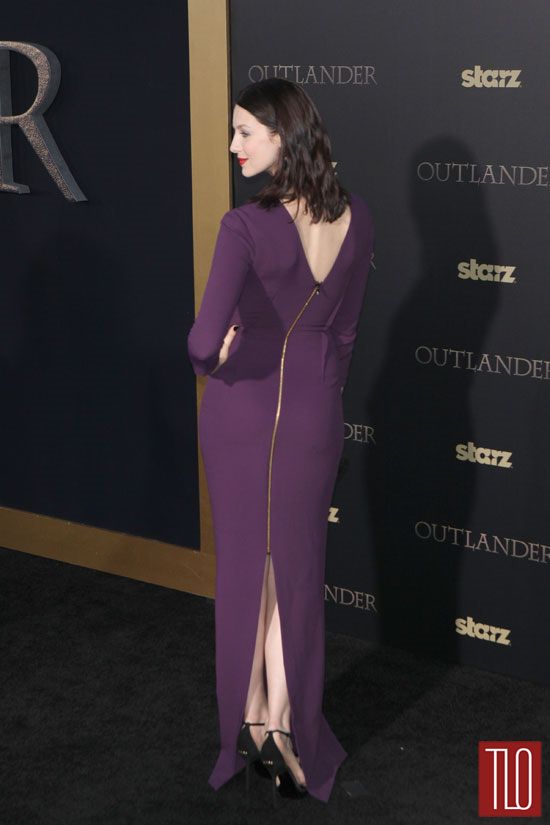 Let’s start with him, because he’s easy. The suit looks really good on him. We would not, however, have chosen that icy blue for him. Sure, it brings out his eyes, but it doesn’t do much for his skin tone. He would cut a more impressive figure in much darker suits. And he has GOT to stop trying to style the long hair he needs for the role. Just let it hang curly, Sam. These business mullets are doing you no favors at all.

She looks great in that color and great from the back. But the panel running down the front of the dress isn’t particularly flattering to her and it seems to be pulling on the bust a little and dragging it down. You’re almost there, honey. Simple sheaths. Try not to get cute about it. That’s your wheelhouse. Also: your hair makes us a little sad.