Emma Watson in Christian Dior at the 2015 Time Gala

Nobody loves a gal who can work an Auntie Mame look more than these two queens, but we feel we’ve seen some variation of this look from Miss Emma several times over. But hey, go with what works, we suppose. There’s no denying this looks chic. At least there’s no denying coming from our ends. We’d never claim to speak for those whose taste is perhaps not as developed or evolved as our own. 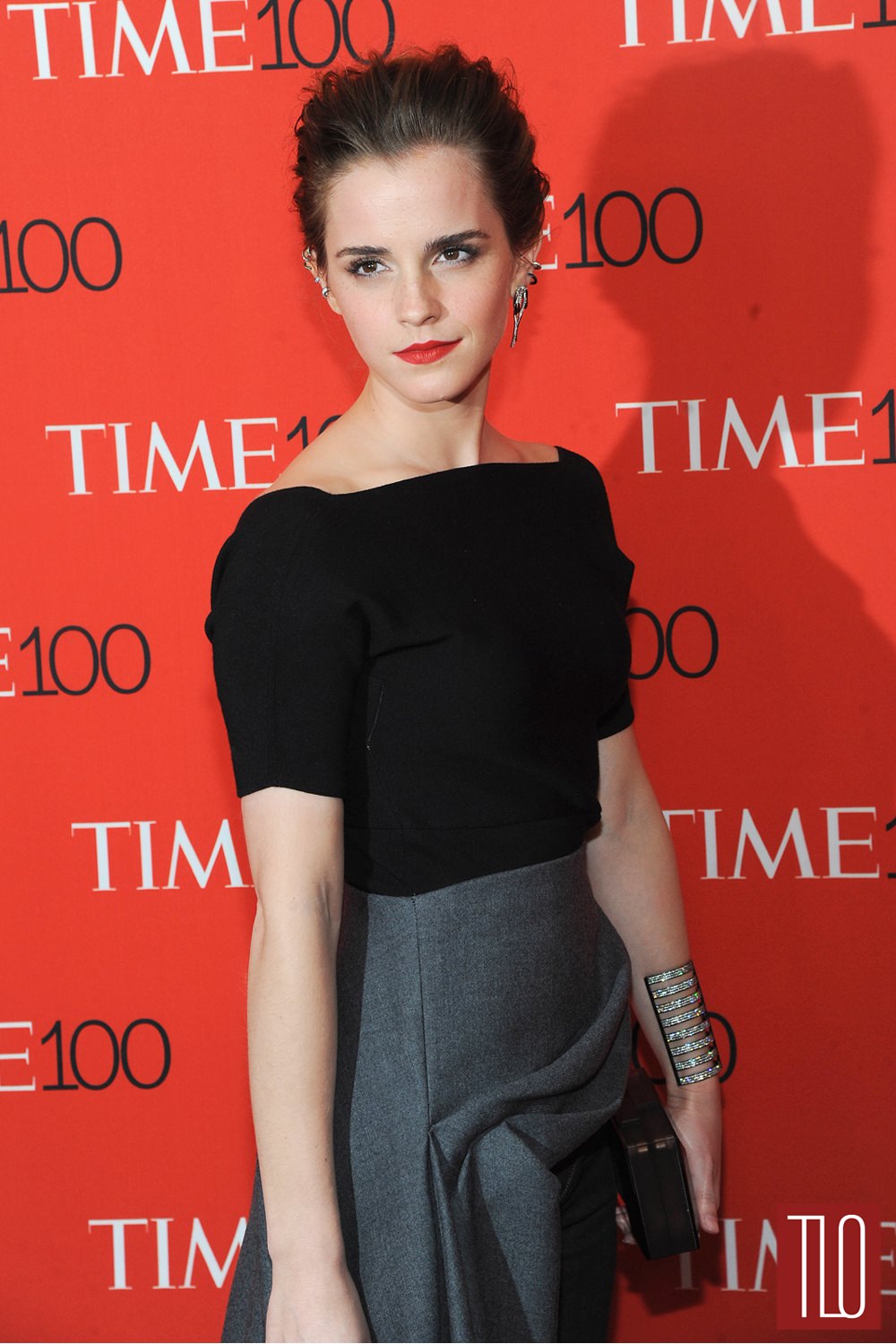 Emma Watson attends the 2015 Time 100 Gala celebrating the most influential people in the world held at the Frederick P. Rose Hall in New York City in a Christian Dior look paired with a Rauwolf clutch and Eva Fehren jewelry. Come on, that’s chic as hell, right? Girl may work this look a lot but that’s because it suits her so well. Our only criticism is that the sash/flounce thingy is perhaps a bit too large for her frame.