Home » Red Carpet » Will Smith on the “Late Show with David...

Will Smith on the “Late Show with David Letterman”

This seems to be the day for killer plaid suits and questionable footwear. At first we thought he had paired his shoelaces to his tie, which was something we were prepared to yell at him for. But no. It’s just goofy shoes. Will Smith makes an appearance on the “Late Show with David Letterman” to talk about his new movie “Focus” in New York City. 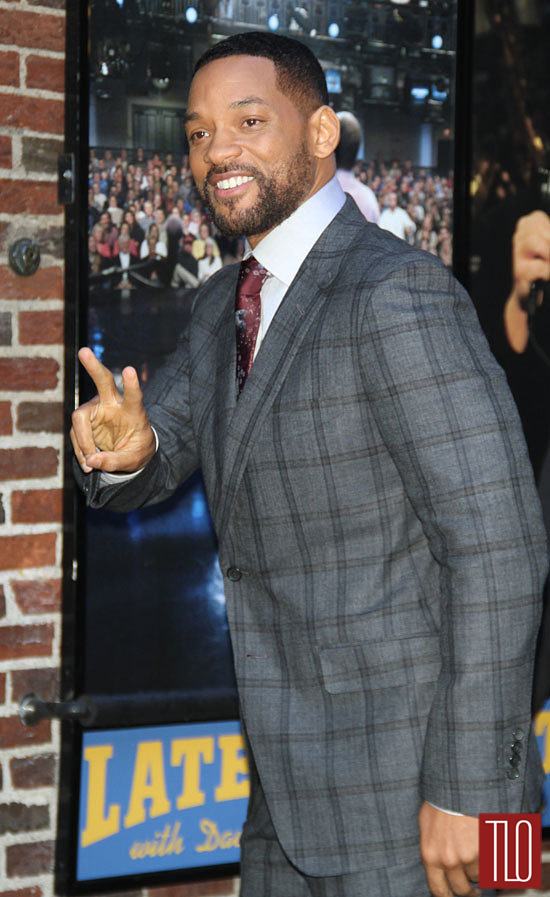 While we can’t sign off on the footwear, everything else is working so well that we can’t hate. We appreciate the patterned tie, but we can’t tell what the pattern is from here and we reserve the right to change our mind if it turns out to be something goofy, like cartoon characters or something.

What does everyone think of the beard? We don’t hate it, but he’s not really working it. Some men’s faces come alive with a beard and some men just look like they strapped a beard on. Will’s in the latter camp.