Home » Fashion » Patricia Arquette in Rosetta Getty at the Oscars

Patricia Arquette in Rosetta Getty at the Oscars

Congrats to Patricia Arquette! What a nuanced performance! What a firecracker of a speech! If you can send both Meryl Streep and J Lo to church with your comments, you’re doing something right.

But ooof. That hair bugs. 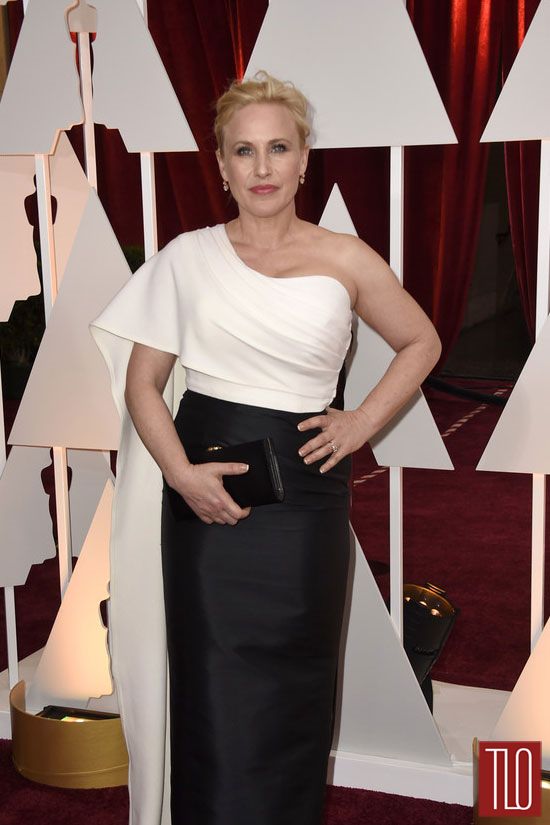 No Oscar nominee should be walking the red carpet with hair that looks like she’s in the middle of cleaning her oven. It’s in the Bill of Rights or something. Or it should be.

As for the dress, it’s okay. Better than a lot of what she’s been wearing through awards season, but not particularly great. We’re glad to see it fits her well, for the most part. But the boob cape is a bit much. It’s not particularly flattering to her and it tends to age up the gown to something that seems more appropriate for a lady a bit older than her.

But she gave a killer speech, so you’re all probably gonna yell at us for being bitches. Fine. We knew what this job was when we took it on, darlings.