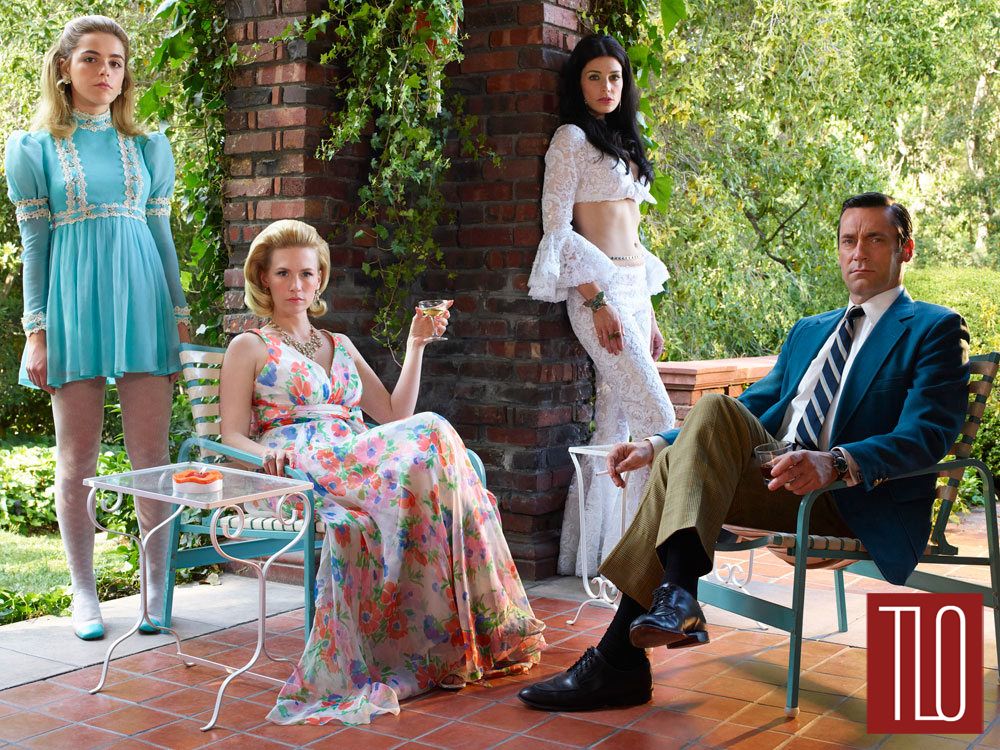 Based on our years of exhaustive and exhausting examinations of the costuming of this show, we can tell you with absolute certainty that Megan gets killed by the Manson Family and Sally ODs on the brown acid at Woodstock. Don and Betty remarry and open a chain of waffle restaurants. Joan and Peggy become bounty hunters.

This would be our smartass way of saying that you can’t ever really divine meaning from the costumes worn in these shots. Experience has taught us that often these costumes are only seen briefly onscreen – and in some cases, not at all. 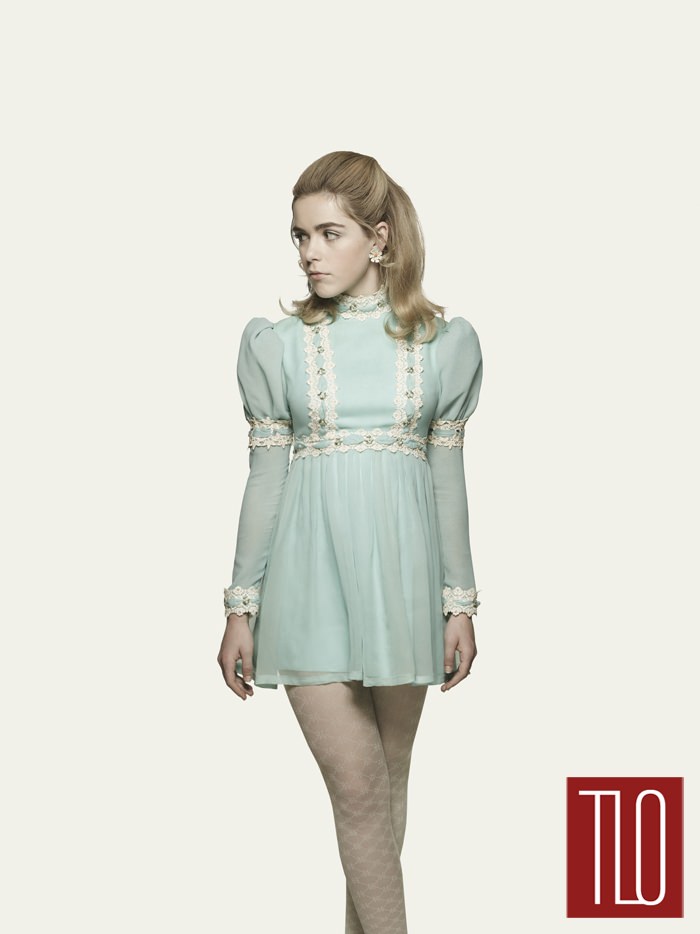 But here’s what we see, for what it’s worth. Don, Betty and Joan all look pretty gorgeous to our 2015 eyes, but as the calendar turned over to the 1970s, all three of these looks would’ve been seen as mature and a little square. Any man still sporting the wet look at this time was instantly seen as out of touch.

The tiered ruffled party dress of Peggy was very much in style by the early ’70s.

We have yet another red floral dress for Joan; one in a very long line of them.

Sally’s look is on trend but not every girl was dressing this way at the time. These romanticized pseudo-Regency toddler looks were very popular for teen or tween girls heading into the ’70s, but she’s older or about the same age as Marcia and Jan Brady, who were dressing like this that year. This doesn’t strike us as an outfit she’d choose for herself but one that her mother picked out. It’s very much a “good girl” look.

And maybe we’re reading too much into it, but Megan’s look has the whiff of desperation about it – and it represents the ways in which counter-culture styles were appropriated by mainstream fashion designers and repackaged to the hip, trendy, and wannabes.