Regardless of what her orientation might be or if she’s even going to ever consider it worth discussing with the press, we cannot deny that the more she embraces that soft butch chic style, the closer she comes to “lesbian Jackie O” style icon status.

Oh, we are SO in for it from so many directions for that last comment. But look: 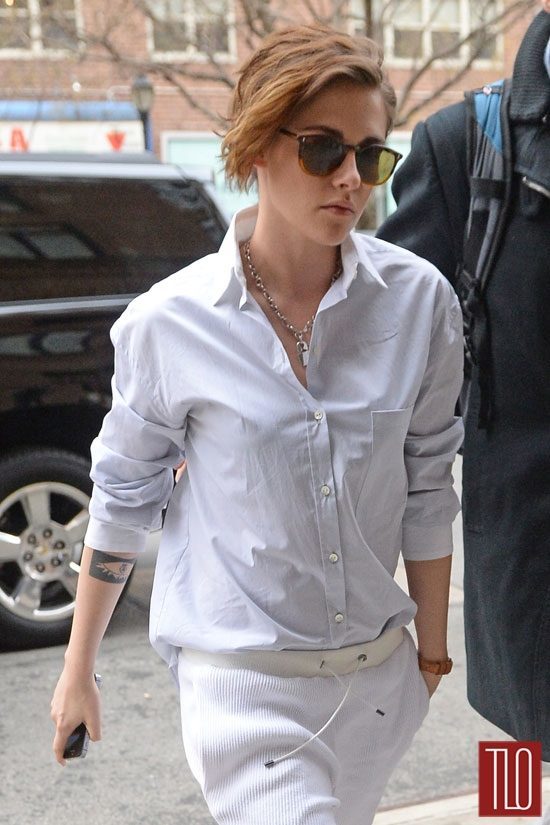 Do we want to see her walk a red carpet in this? Would we recommend this for your average job interview? Of course not. But she can pull off wearing a pair of untied sweat pants and a men’s style oxford and look kind of not-crazy doing so, which is more than you can say for anyone else. Plus, the little details, like the hardness of that chain against the soft casualness of the shoes just works for her. We’re not trying to overstate it; it really is a look only for running from the car to the door, but it’s an interesting and totally K Stew way of interpreting that kind of look. LOVE this. It’s a shame that everything’s just a skosh too tight, but the general style is simply perfect for her – and a template for any gal who wants to look hot but hates being fussy about it.

Go ahead. Yell at us. But we stand by it. She never looks more chic than when she goes butch.