Darlings, here is the rundown of all the people who didn’t make the grade for T Lo, or as we like to call it, the Parade o’ Basic. It’s a very pretty gown that looks like a thousand other gowns she’s worn in the past 5 years. Love the look, but we’re not convinced she can pull off that yellow. The necklace is stunning, though. It can’t be fun dragging a soaking wet hem around all night. But it’s probably less fun when you have to do it with Carol Brady hair and a big, ugly belt. Too plain. It looked like a big nothing on TV. PEOPLE: YOU’RE GONNA WANT THE INTEREST UP NEAR YOUR FACE FOR WHEN YOU’RE ACCEPTING AWARDS. No one’s looking at your hem.

Honestly, must we tell these celebs everything? Love the color and the shape, do not love the neckline. That bodice is awful and she’s got crazy hair. Pretty enough. Yellow was the surprise color of the night, it seems. Love the green clutch as a punctuation point. HUGE disappointment. She usually gets it so right, but this looks like old upholstery and the hem length is crazy unflattering. This was the prettiest shade of yellow we saw all night. We love how floaty and feminine this looks. 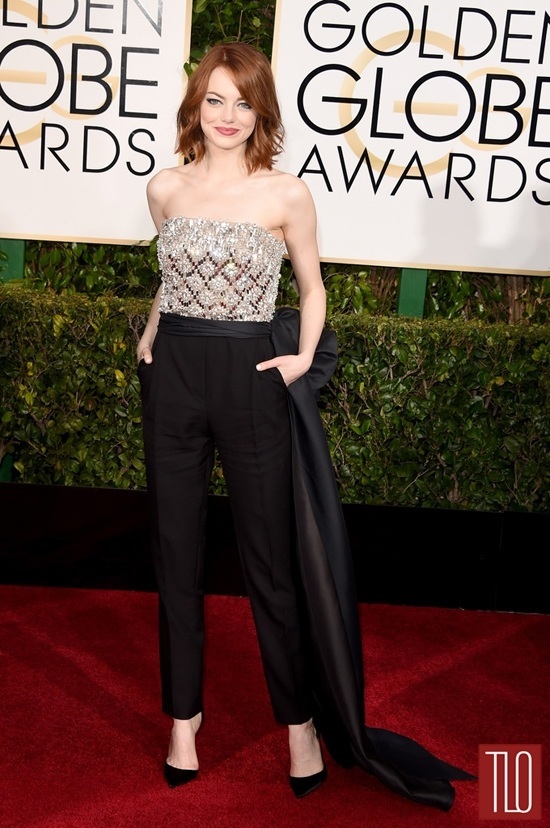 It’s fabulously stylish and different (for an awards show), but we’re not sure that ass bow really works. She’s still Queen Helen of the island of Fuckinfantastica to us. What a gorgeous color. That bodice is too tricky and those sleeves are hellaciously unflattering. A beautiful dress that does nothing for her coloring. That’s something for a retiring opera singer to wear to her swan song performance, dear.

Matthew McConaughey (in Dolce&Gabbana) and Camila Alves (in Monique Lhuillier) He looks crazy and she looks like the First Lady of some corrupt regime. A shade too tight but it gets the job done. 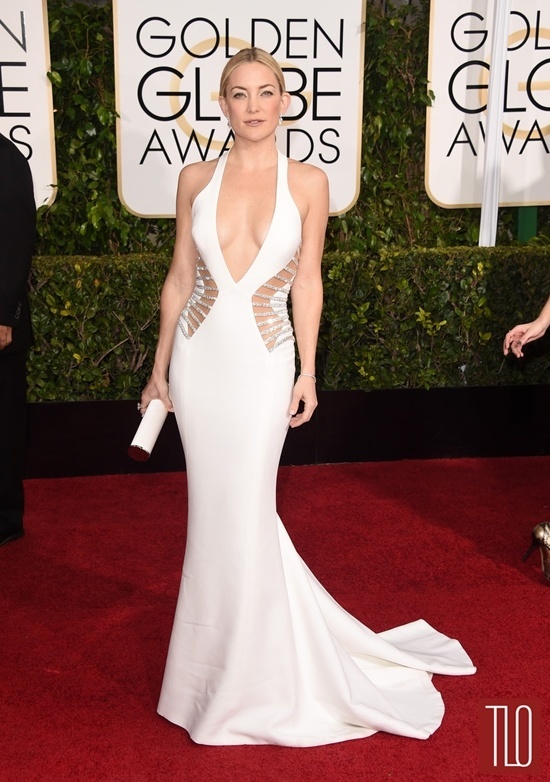 Why would you wear such a head-turning dress as this and then do THAT to your hair? If any dress called for a giant sex-kitten blowout, this one did. We question her instincts. Pretty. Also gets the job done. It’s all right. Probably not as formal as the night required. This is probably what we can expect from her throughout awards season; simple Hollywood goddess looks. That’s probably the best way to go for her, even if it’s not the most interesting. Pretty color and shape, kinda digging the halter and keyhole for her. But  – and this seems to be a theme for the night – the hair and face look kind of harsh.