We all need a palate cleanser after that last disaster. 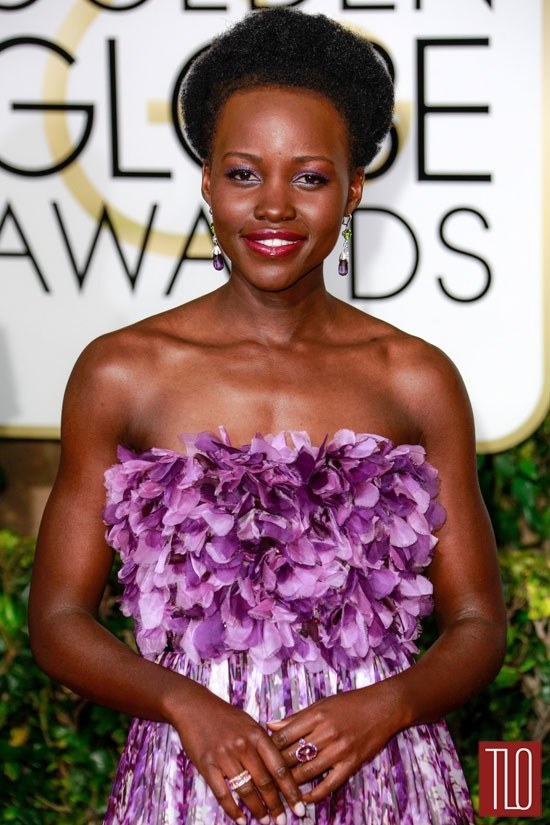 Contender for best moment of the night:

Seacrest: What can you tell us about your new role in Star Wars?

ONE HORSE OPEN SLAAAAAAAAAAY! Cut that little twerp off at the knees without missing a beat!

Our love grew exponentially at that moment.

(As an aside, Tina Fey got the second-best Seacrest burn of the night when she said to him, her voice dripping in Liz Lemon-esque sarcasm, “Yes. Cut to Giuliana now. Isn’t it time to cut to Giuliana?”)

Anyway, this dress. It’s not awesome. It looks great on her because she’s Lupita and she’s at her best when she’s in dramatic, bold and colorful looks like this. But that bodice would look like a bathmat on anyone else. The skirt’s gorgeous, though; as are the earrings. Makeup seems a little bit heavy, but we’re loving the hair.