Kittens, it’s an all-boy, minimal-effort kind of red carpet rundown! Do not let all the pecs sway your opinions, darlings. Remember to be judgey. And firm. Like their pecs. Nothing says “Try our potato skin specials” like a short-sleeved shirt with suspenders.

And the pants give him ladyhips. 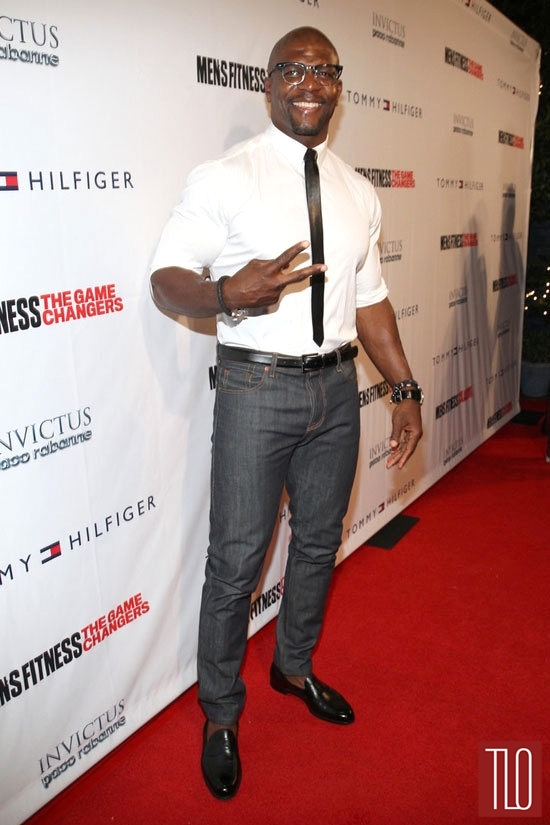 Actually, don’t tell anyone we said that. It’s fine until you get down to his waist. Everything below that is a mistake. Has practiced this exact pose thousands upon thousands of times in front of bedroom mirrors going back to his childhood.

Is also flexing his abs right now for no good reason. “Yeah, I didn’t put much effort in, but look at this face!”

Okay, fine. You win, Jesse. That’s a face that gives you a lot of leverage. Clearly thrilled to be here. Michael B., it is only because you fill it out so damn well that we’re willing to forgive the t-shirt. Don’t love the head grooming and the sleeves are too long for the jacket, but we dig that shirt a lot. Get the jacket altered and pair this look with light wash jeans. 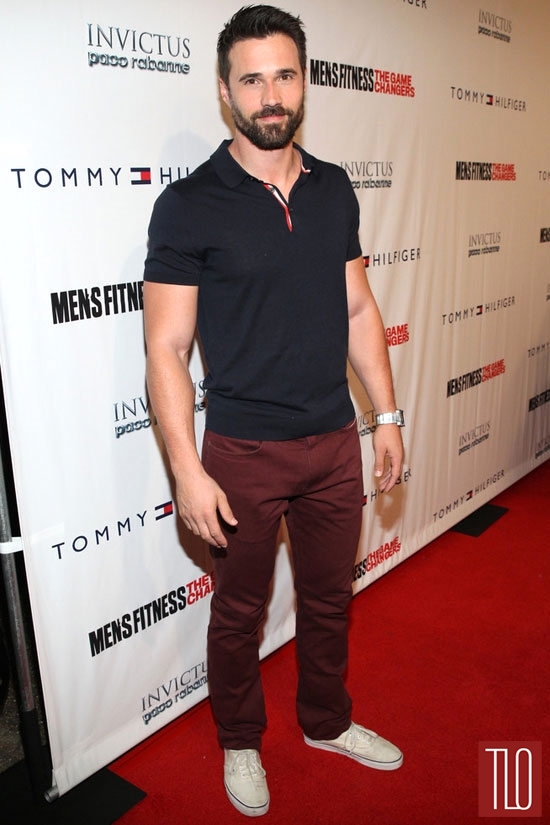 Previous post:
Everyone Wants to Be… Sarah Jessica Parker in Burberry Prorsum in New York Next Post:
Rose Byrne in Jenny Packham on “The Tonight Show Starring Jimmy Fallon”