Home » Fashion » Rosario Dawson in Ermanno Scervino at the “Sin...

Rosario Dawson in Ermanno Scervino at the “Sin City: A Dame To Kill For” Premiere

Literal, verbatim T Lo reaction to the following: “OH, JESUS CHRIST WHAT THE?” Rosario Dawson attends the premiere of “Sin City: A Dame To Kill For” at TCL Chinese Theatre in Hollywood, California in an Ermanno Scervino dress from the Resort 2015 collection. 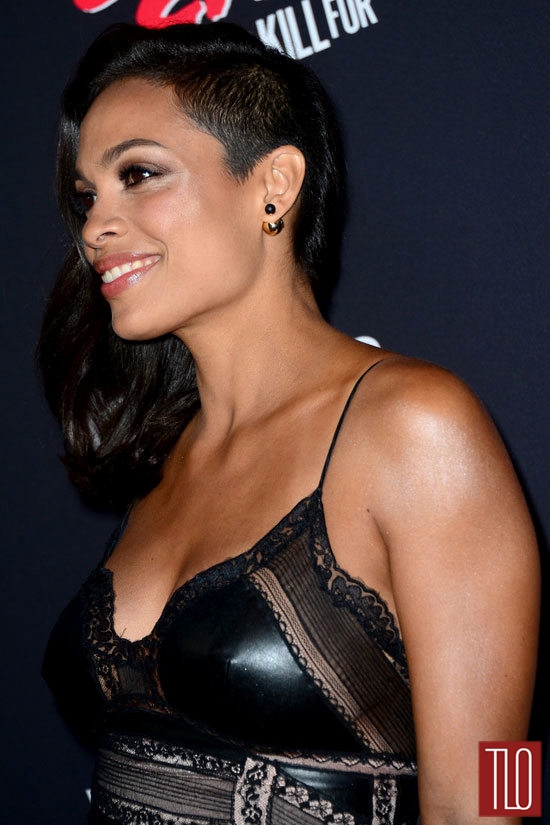 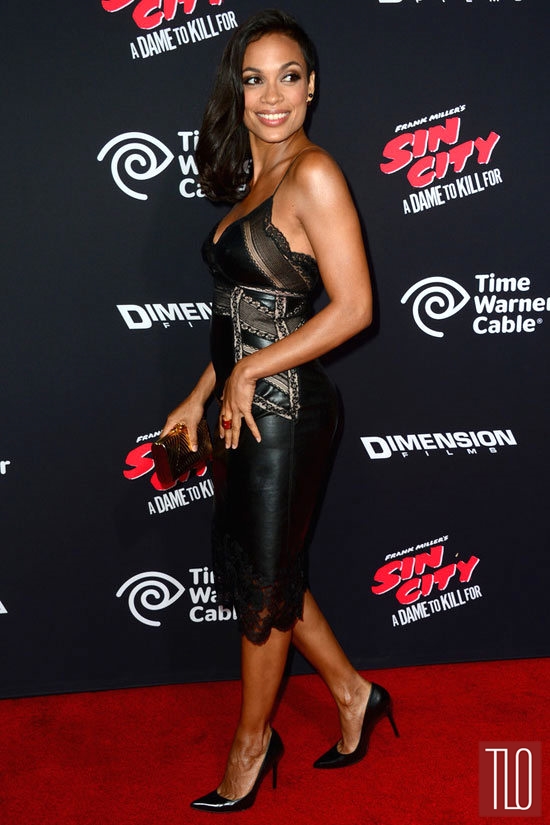 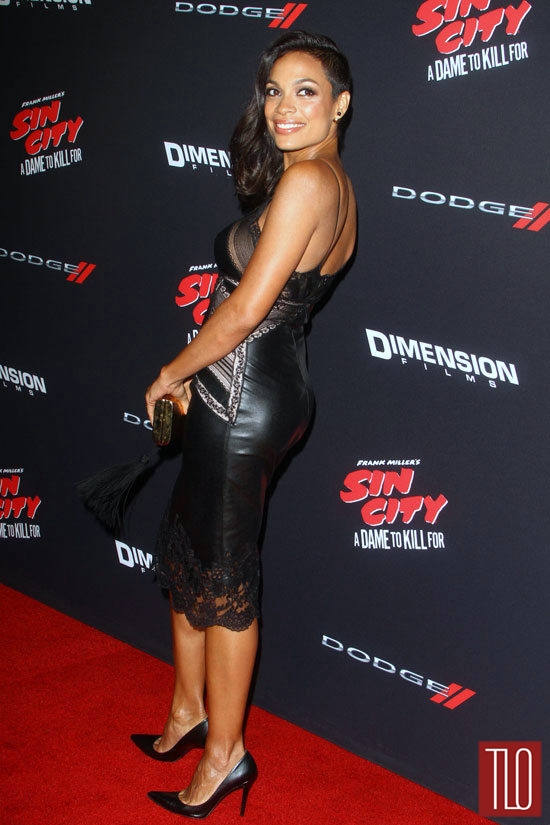 Welp. You can all put a pin in this one. We have a feeling you’ll be seeing it again when it comes time to compile our end of the year red carpet lists. If you’re playing the T Lo game at home, use this time to guess whether this will wind up on our BEST dressed list or our WORST dressed list!

Look, we get it. If there’s a time and place to show up in leather lingerie (aside from a fetish party, that is), then a Sin City premiere is probably it. And we wouldn’t be surprised if someone in attendance told us she looked hot to death that night. But there’s NO WAY a dress like this is going to photograph well under the light of a hundred flashes. From straight on, she’s all belly and nipple. It doesn’t help that it’s just too tight on her and doesn’t give her the support that bustline requires. We hate to say it, but she looks sloppy.

And the shame of it is her face and hair look great. That’s just a Bad Dress. Officially.