Our initial impression was that this obsured her shape by minimizing her bust and putting all the focus on her hips, but then we realized… Iggy Azalea attends the 2014 MTV Video Music Awards at The Forum in Inglewood, California in an Atelier Versace gown accessorized with jewelry by Nasrin Imani and Piaget. 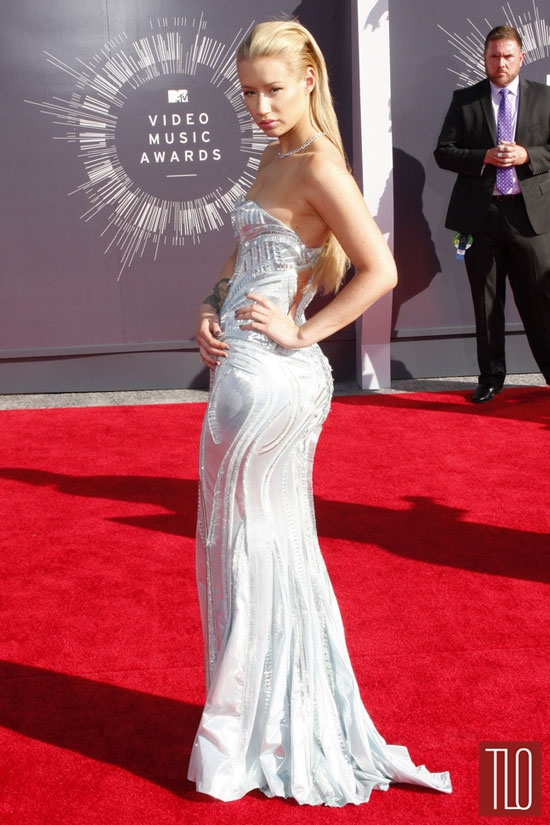 That’s the entire point. It’s a feature, not a bug. And it really grew on us; especially when we saw her moving in it. It pulls across the hips too much and we’re really not in love with everything going on in the head area, but we can’t deny it: this is a look that demands that you look. She’s got the bearing and the bod for it. And it’s Versace at the VMAs. This is the Where and the When for this look.

But oof, we really hate the makeup the more we look at it.

Previous post:
Katie Lowes in Christian Siriano at the 2014 Variety and Women in Film Pre-Emmy Party Next Post:
Ariana Grande in Moschino at the 2014 MTV Video Music Awards