We … kinda want to own everything he’s wearing here and we’re unsure if that means he’s wearing something so well put together that it transcends trends or generational concerns, or we just tend to dress way too young for our age. 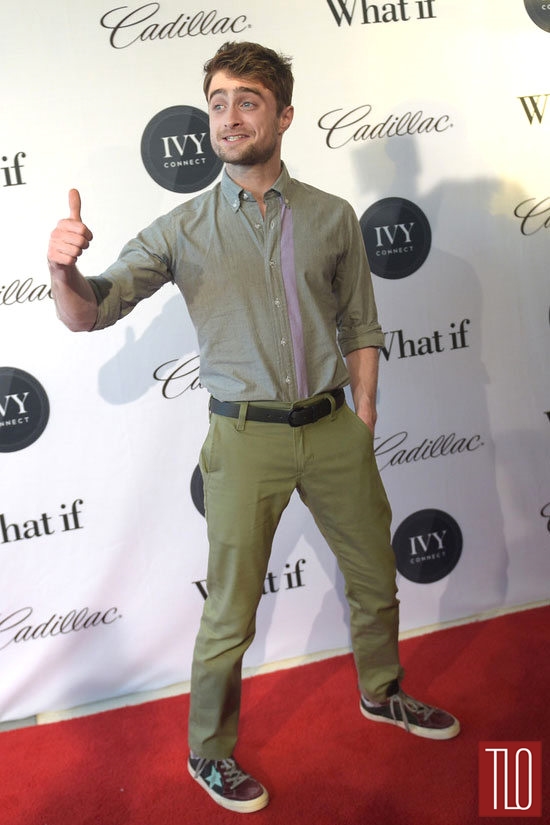 But come on, that is a super-cute outfit, are we right? Love the color of the pants and the unexpected strip of lavender in the shirt. We probably wouldn’t choose those sneakers, though. We’d wear respectable grownup shoes, we promise.

Previous post:
Marion Cotillard in Christian Dior at the “Two Days, One Night” Premiere Next Post:
“The Knick” Gets Under Your Skin