The boys got their cosplay on already. Now it’s the ladies’ turn to indulge in a little Joan of Arc dressup. 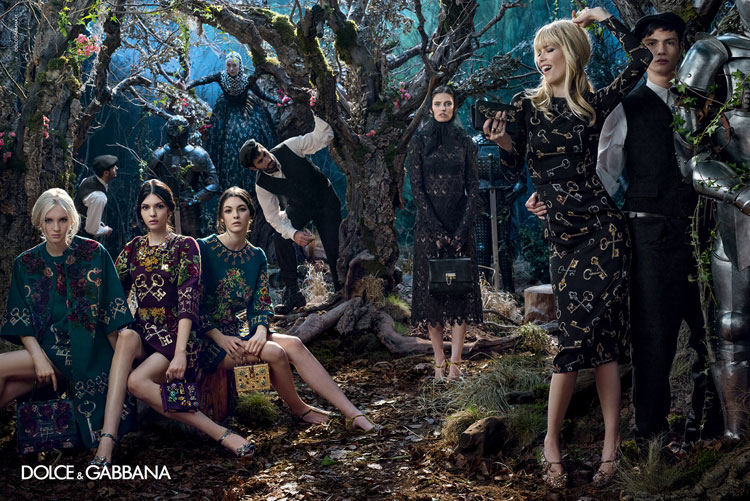 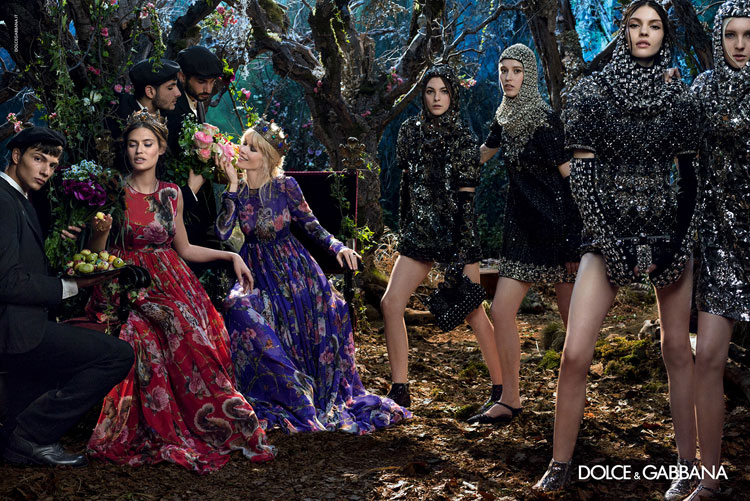 The colors (not to mention the concept) are muddy, it’s all a little goofy, and Claudia Schiffer seems to be having way more fun than the setting calls for, but y’know? At least they’ve taken a step away from the Sicilian widow drag that characterized the brand’s aesthetic for several seasons too many. We don’t know how well D&G works when filtered through a fairy tale/fantasy lens like this, but at least it’s a little different.

And Claudia looks so happy because she’s an artificial being created in a computer. Apparently.