OF COURSE this was how this was going to play out. It was written in the stars. 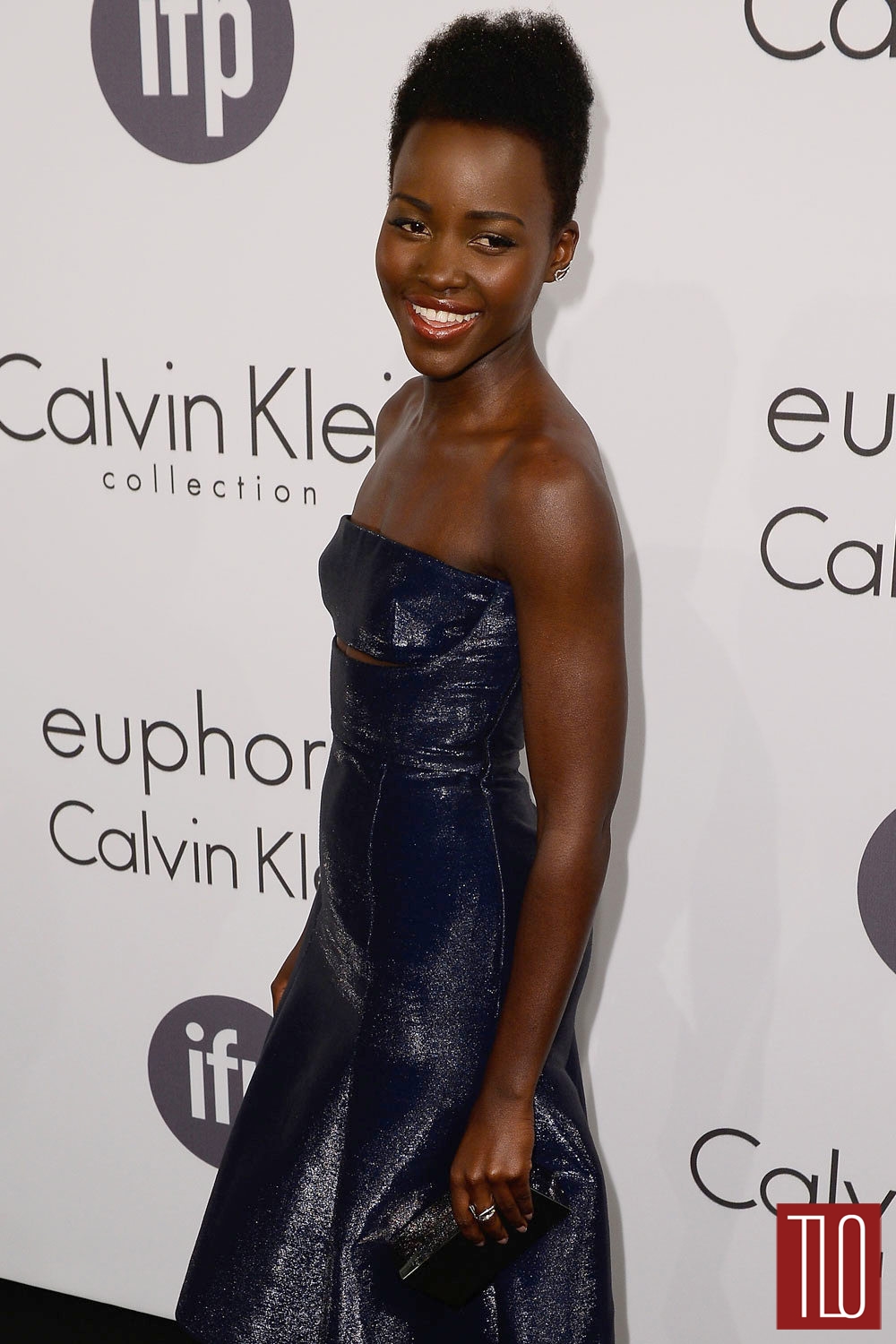 Lupita Nyong’o attends Calvin Klein party to celebrate ‘Women in Film’ during the 67th Annual Cannes Film Festival on May 15, 2014 in Cannes, France in a Calvin Klein strapless dress paired with silver sandals. 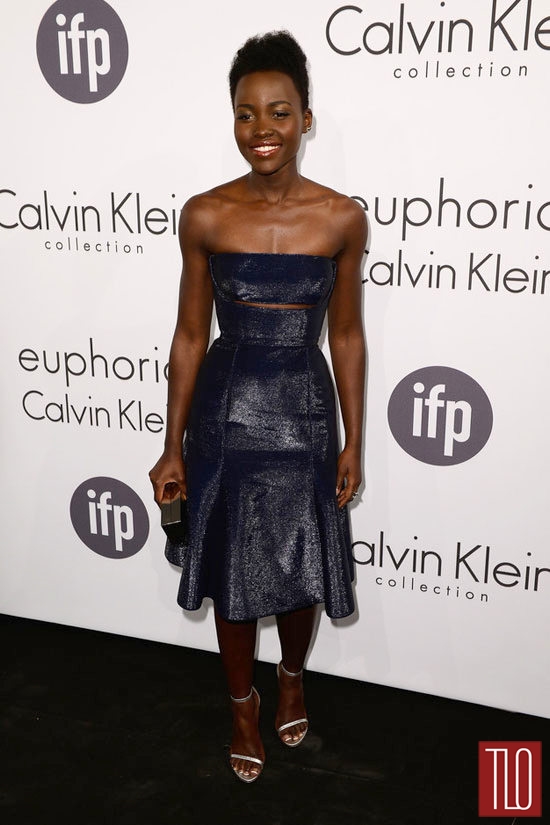 Lupita finally wears a pair of shoes that doesn’t offend us – and the rest of her look comes off kind of bleh.

The dress isn’t bad, but we suspect it looks better in person. It does nothing in photographs. And it kinda feels like she gave her hair and makeup team the night off. Which is fine, this isn’t the Oscars or a film premiere, after all. She’s gorgeous no matter what. But it did strike us as funny that she can’t seem to get both the shoes AND everything above them working at the same time. It’s an endearing little style blind spot for the new Audrey Hepburn.