Miss Jennifer has been dashing all over Cannes, staging little fashion shows for the press. There’s a reason we call it a poledance, after all. Because the only thing it’s missing is an actual pole.

Y’know? That might be the next evolution in red carpets. Are we visionaries? Or madmen?

All we know is that, in typical J Law fashion, the looks range from good to goofy to bad. Let’s take them out of order. Guess which one this is: Jennifer Lawrence at the “The Hunger Games: Mockingjay Part 1” Party during the 67th Annual Cannes Film Festival at a private villa in Cannes, France in a Christian Dior dress paired with Christian Dior heels and Irene Neuwirth jewelry. Weird neckline. And it’s a snowy day in hell when T Lo says they love a sheer skirt over a mini skirt. It’s one of our biggest style bugaboos. It always looks to us like someone wearing lingerie over an outfit. Also: bad earring match. Great set, but wrong for this look.

Now guess this one: Jennifer Lawrence is seen leaving the Majestic Hotel during the 67th Annual Cannes Film Festival in Cannes, France in a Christian Dior look from the Resort 2015 collection paired with Miu Miu sunglasses , Christian Dior heels, and a Jimmy Choo clutch. 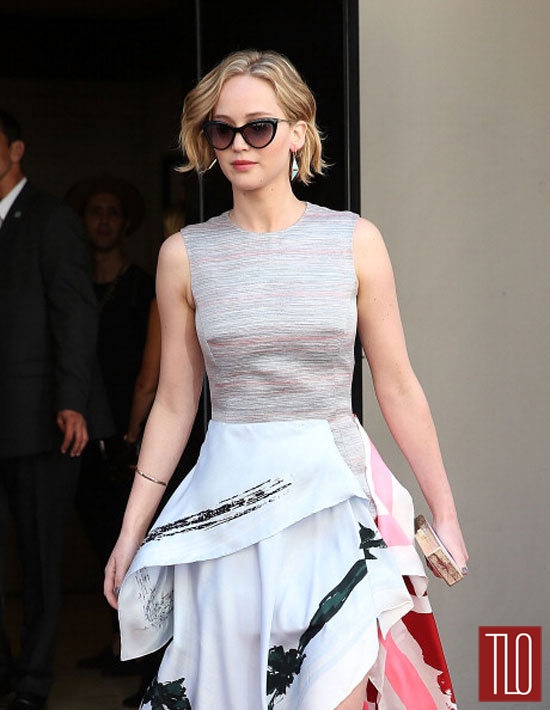 No, really. We love this look. It’s breezy and chic and totally Cannes. We think it probably only looks good with the wind blowing it around, though. When she’s not in motion, it starts looking a little awkward. Also: grippin’ toes are never hot. 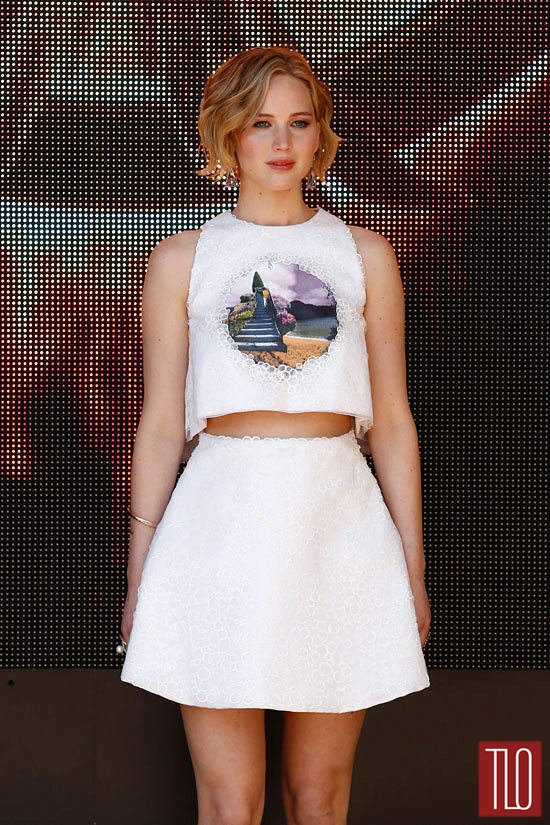 This dress looks like it was made out of paper.