We’ve always been big supporters of the idea that one should dress according to the genre of movie one is promoting if one wants to make an impression. We tend to think dressing in character is a dicier proposition. It doesn’t always work, because the public and the press want to see movie stars on the red carpet; not people in character costumes. You can go to Disneyworld or Times Square if you want that sort of thing.

But she and Angie are particularly well suited for this approach, so we don’t mind it so far. This is all breathtakingly on point: 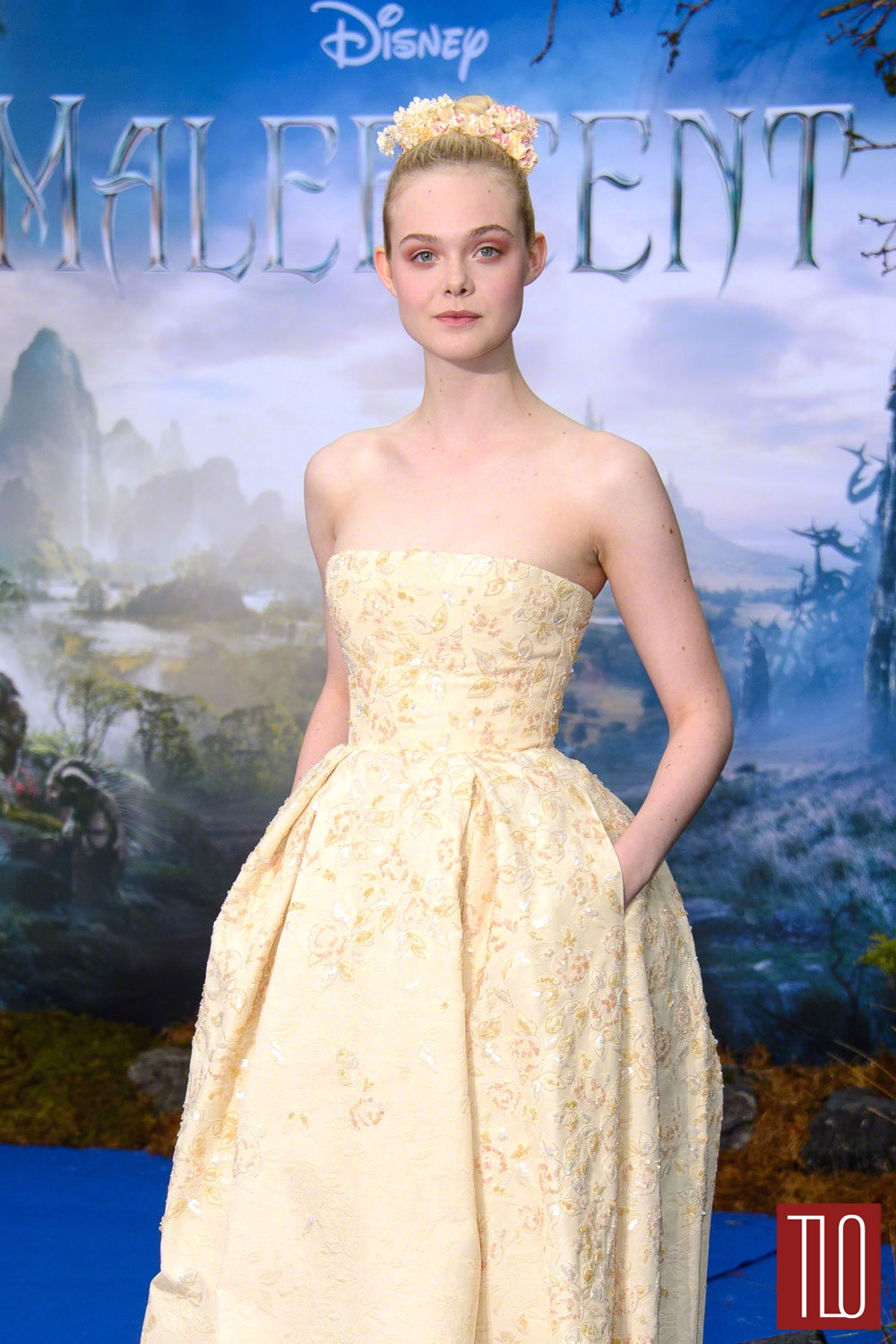 Elle Fanning attends a private reception as costumes and props from Disney’s “Maleficent” are exhibited in support of Great Ormond Street Hospital at Kensington Palace in London in a Georges Hobeika couture gown. It is not, however, the best color for her, and the tight hair and consumptive eye makeup aren’t helping. Some stylist and makeup team got a little too ambitious here. Put her in Sleeping Beauty blue, with long princess hair and a clean face with Disney princess eyeliner.  She’s very striking, but too many people on the fashion side of the aisle have taken that to mean she can handle edgier, editorial-style looks. We have yet to find that to be the case. Sorry to be narrow about it, but modern day Marcia Brady is always going to be the best way to go for her.

If anything, her sister is better equipped to handle the more editorial stuff.