We feel like we’re going to sound awfully picky here, but then again, that’s never stopped us before. 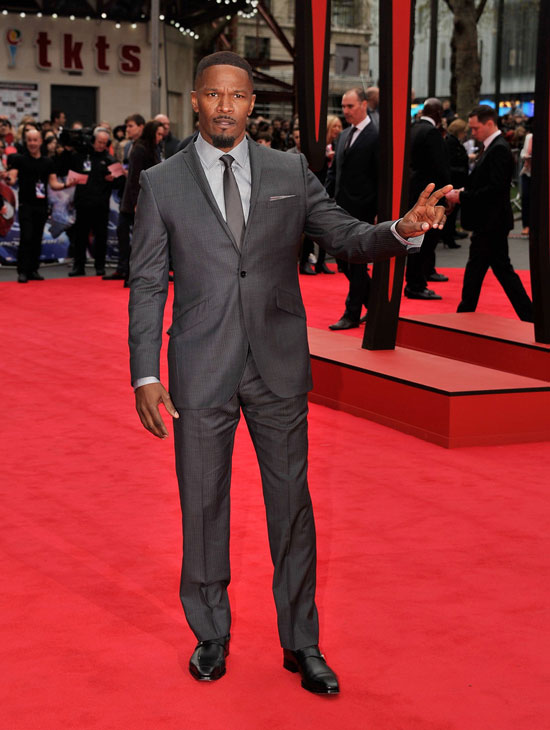 But let’s get this out of the way first: He looks good. Really good. Put the effort in and came out looking like a movie star. But of course we have some complaints. For one, he’s all one shade of gray. That’s boring. And we really don’t like the tiny lapels on that jacket. We can’t quite put our finger on it, but the shape of that jacket’s a little odd. It almost looks like it had a standard lapel that he had ironed into this very thin one, making the jacket fit a little weird. Also: we’re not loving the goat whiskers on his chin at all and he needs to have a nice loud talk with the person that screwed up his bronzer. His hairline is glowing and his face is an uneven orange that doesn’t quite match his neck and hands.

But y’know? He puts those shades on and we can’t do anything but step back. The man’s got charisma and a sense of style, which means most of our quibbles don’t mean much.

Previous post:
Jessica Biel in Oscar de la Renta at Tiffany’s Blue Book Debut Next Post:
Looking at the Past and The Future of Mad Men Style