Home » Red Carpet » Melissa McCarthy in Eloquii at the CinemaCon 2014...

Is it shallow of us to be so happy that she’s wearing a brand and not some dress she had made by a friend? 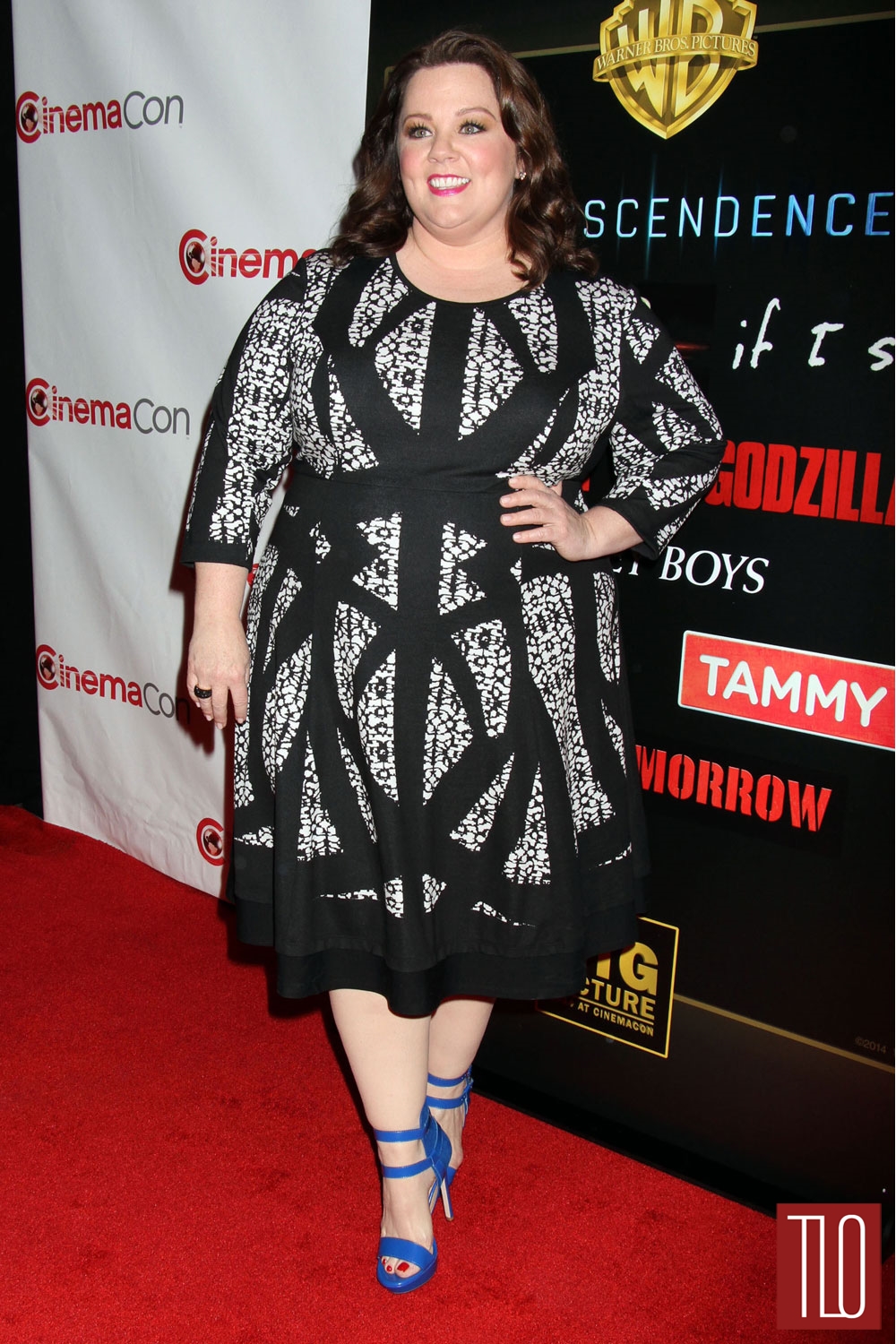 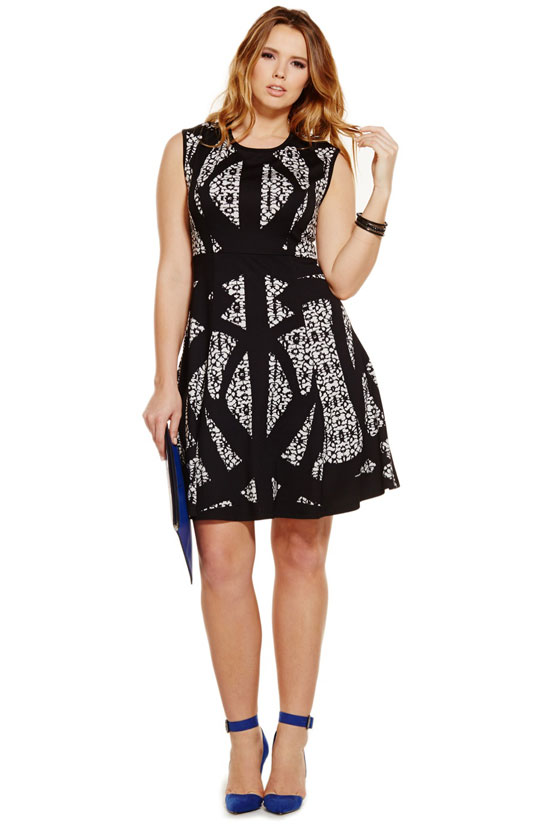 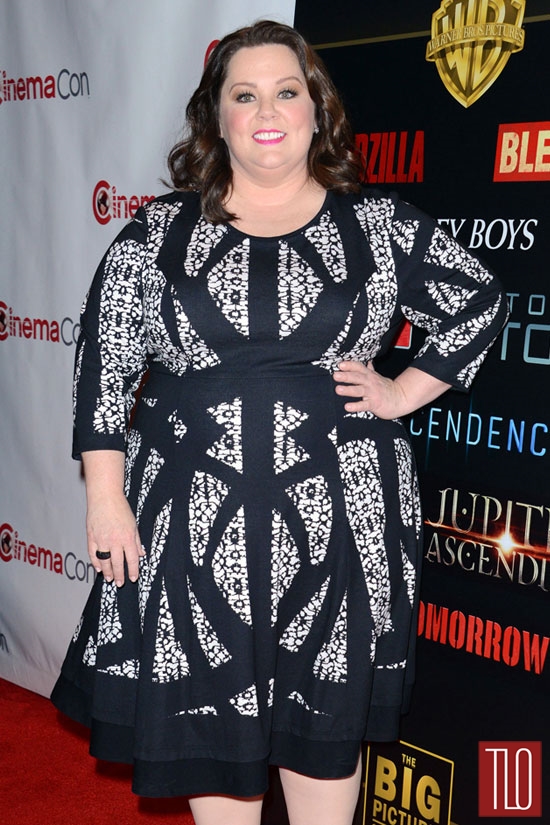 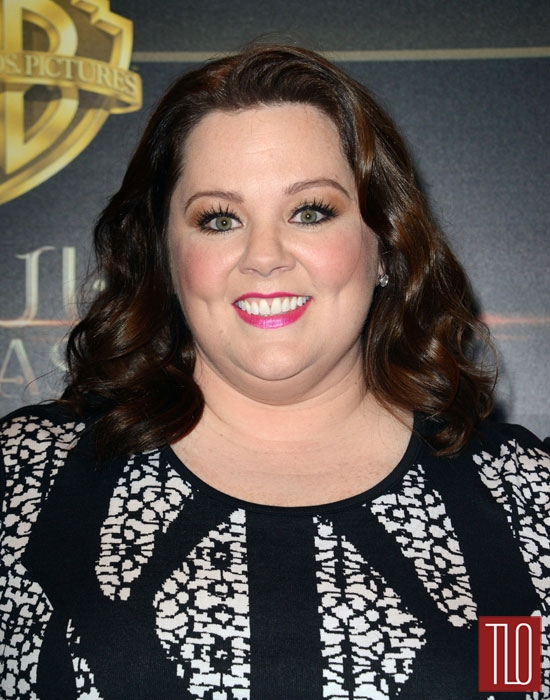 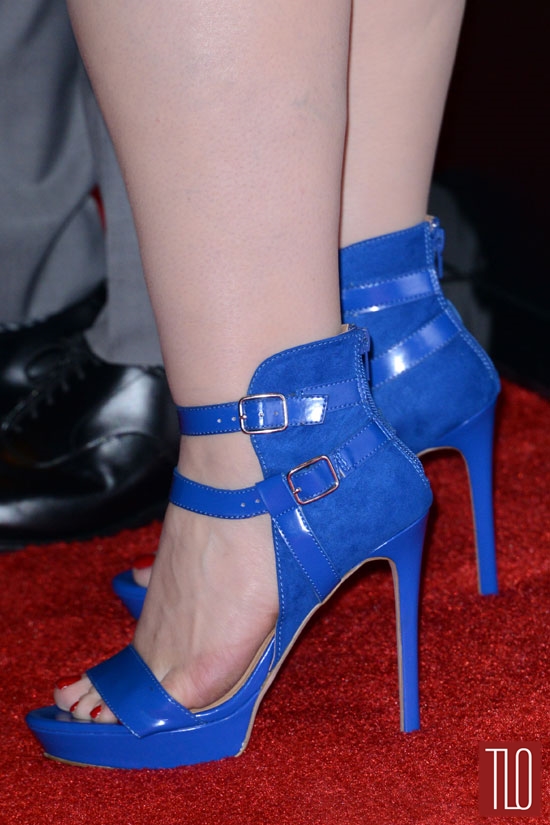 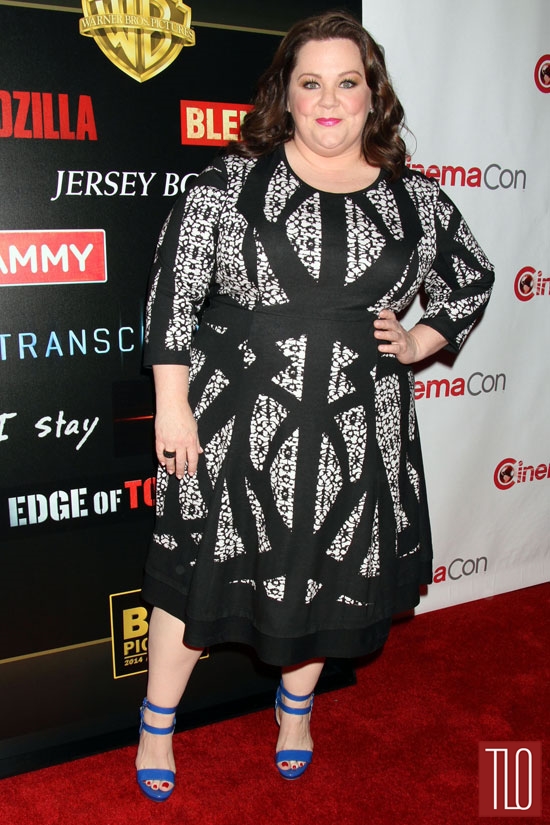 Not that there’s anything wrong with having your clothes made; especially if you find your options limited on the retail front. But we think she fell into the trap of too many people when they’re left to their own devices to design their clothes: they became all about covering her up, with style being a very distant secondary goal. If you can find a good brand that serves your needs, you’re much more likely to challenge yourself a little. She’d never, back in the days when she was showing up in made-to-order dresses on the red carpet, have shown up in a print like this, with a waist that fitted and a hem that high. And it looks spectacular on her. So much better than the dowdy tents she was having made for herself. That’s why the fashion world differentiates between designers and dress makers. The former can challenge the consumer; get them to try things they wouldn’t otherwise. Designers remind us that clothes aren’t just to cover us up, but to make us look better and to allow us to express ourselves and project the image we want to project to the world. So good for her for finding a brand that does just that for her while improving her look a thousand fold. She should wrangle a deal with them to red carpet-model their line.

We’re not entirely sure the shoes work, though. They’re great shoes, but we think the blue might be a little distracting. Then again, if she’d worn black, we probably would’ve called for a pop of color. We’re such capricious bitches.

She looks thrilled with herself, no? Always the best accessory to any look.