Home » Fashion » Lupita Nyong’o in Miu Miu at the Vanity...

It’s been 24 hours since we’ve posted a Lupita update. Are you guys okay? Have you been holding up in the barren, Lupita-free hours?

We’ll tell you what: we’re glad she didn’t wear this to the ceremony because our disappointment would have been audible. On other continents. 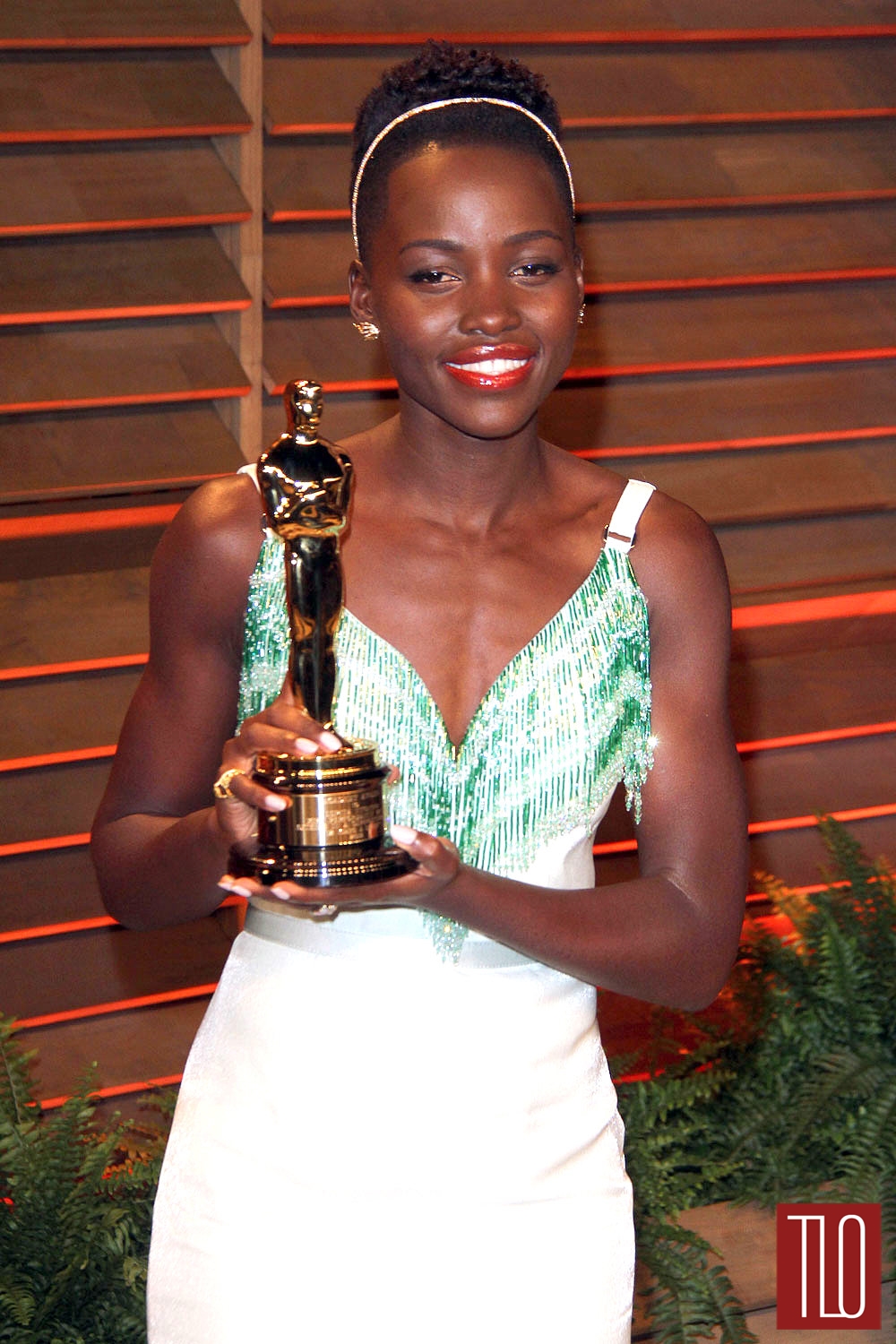 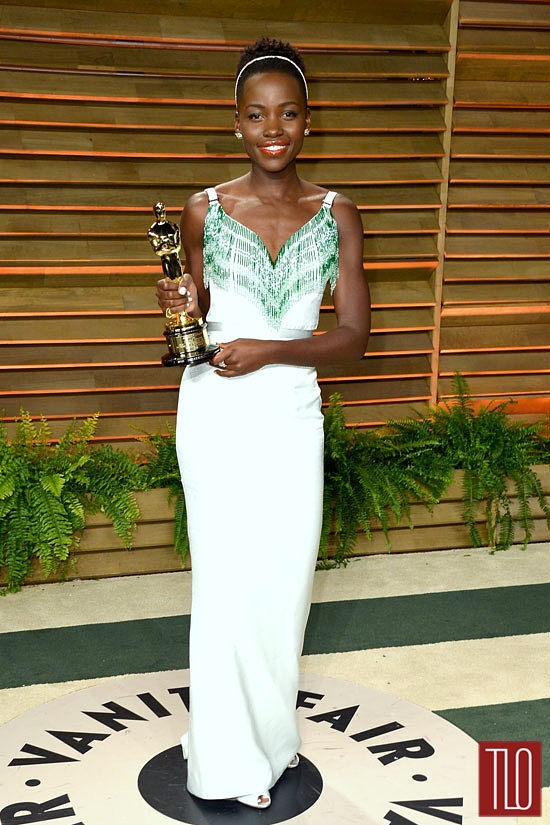 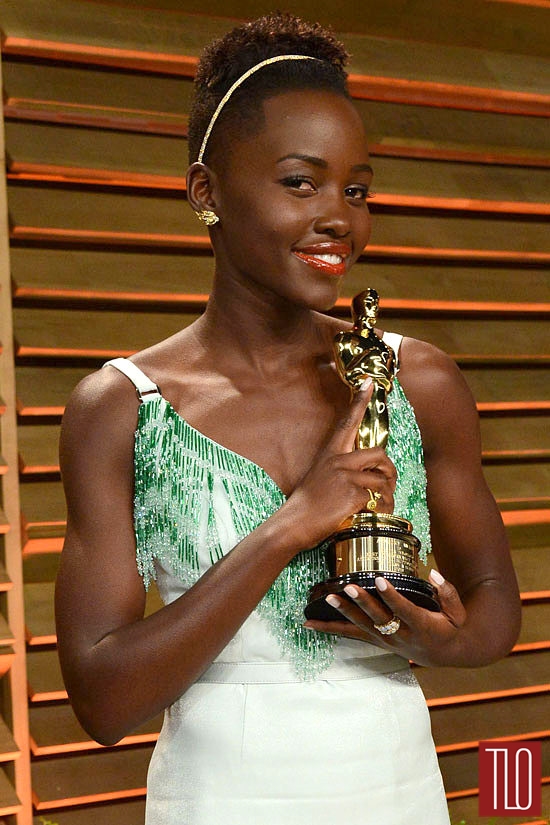 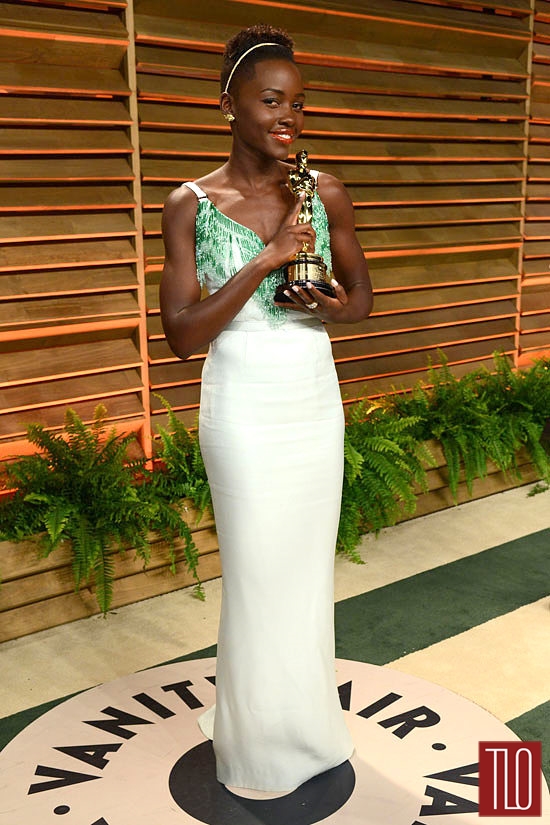 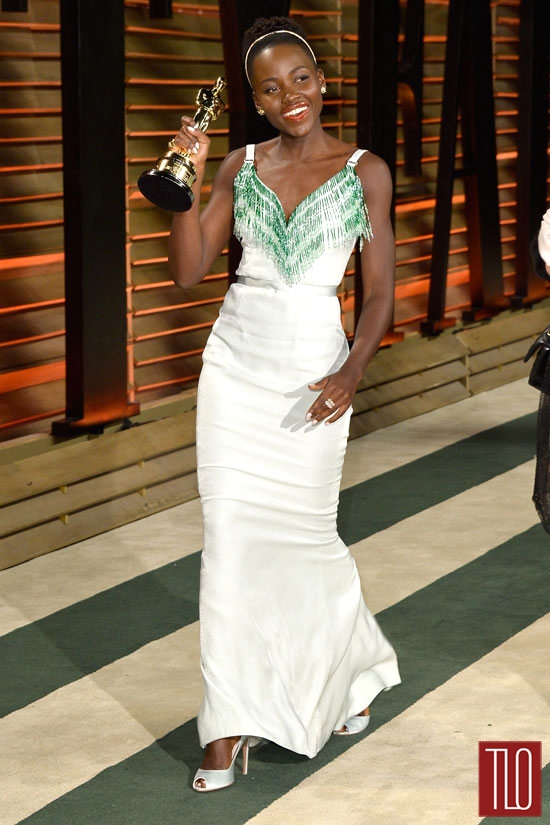 Obviously, she looks beautiful here, but she’d look beautiful regardless of what she’s wearing. The dress is just okay. The pale green of the fabric manages the rare trick of looking washed out against her skin. She can rock the whites and the near-whites like nobody’s business, but we think it’s safe to say her real style strength comes in how colors respond to her. We like the bust and the straps, though. They give the dress a lot of interest and if she absolutely had to pick a dress like this, we’re glad she picked one with a lot of detail near the face.

Our point is, she’s gorgeous and the dress is pretty, but the latter is one of the least interesting things she’s worn throughout the entire awards season poledance. Maybe this is her victory lap, then. Like she just wanted something simple and pretty to end the ride.

And if you’re loving our Oscars red carpet bitchery, you might consider checking out our new book, darling!  “A hilarious critique of celebrity culture,” they called it! We’re proud. And shameless.