Home » Celebrity » Everyone Wants to Be… Reese Witherspoon in Tory...

We know we feature Reese a lot. It’s not like she’s had new projects coming out left and right. But if there are three things we love when it comes to the world of celebrity, they’re as follows: 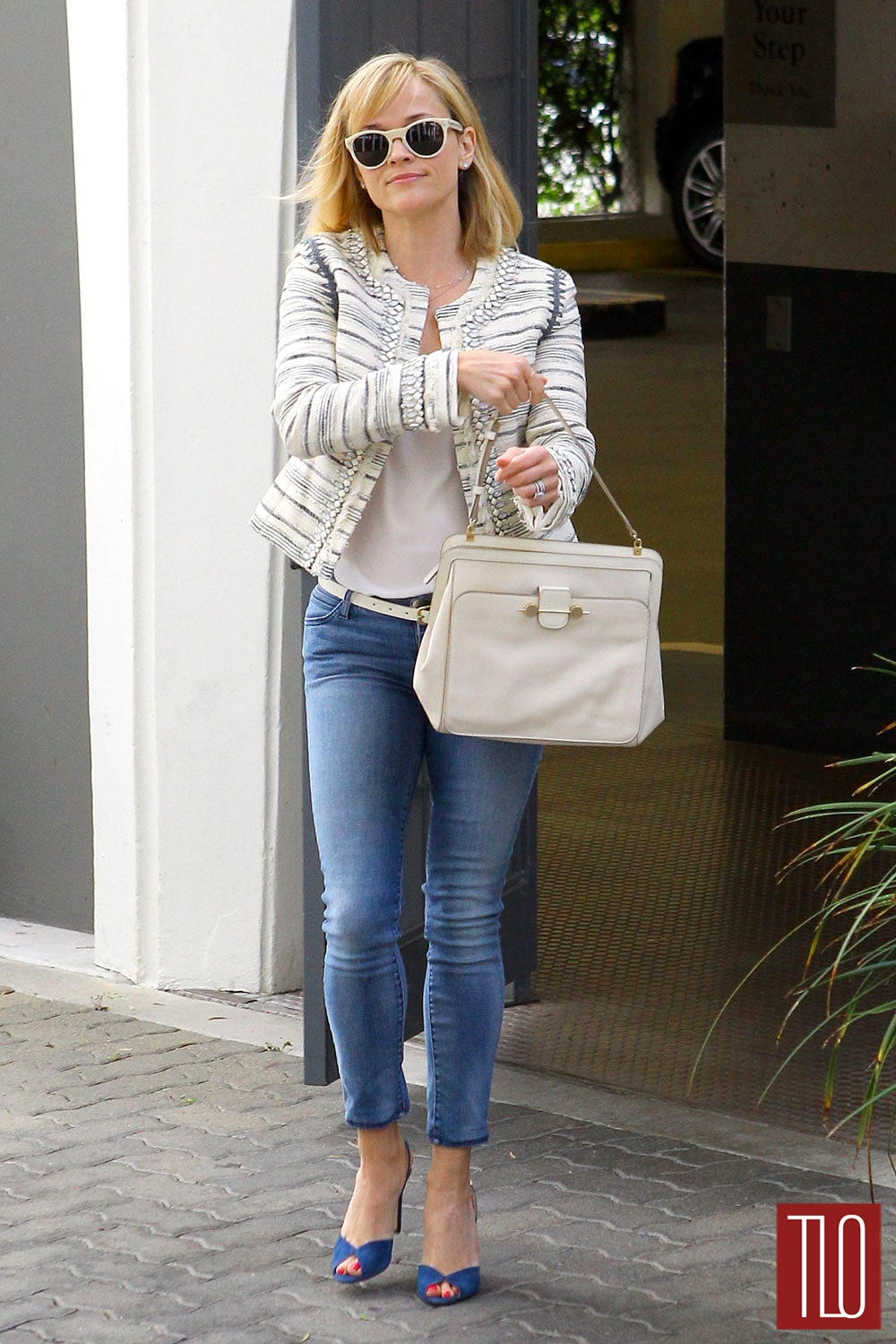 Reese Witherspoon out and about in Los Angeles, California wearing a Tory Burch jacket accessorized with a Jason Wu ‘Daphne’ bag and SJP by Sarah Jessica Parker pumps. 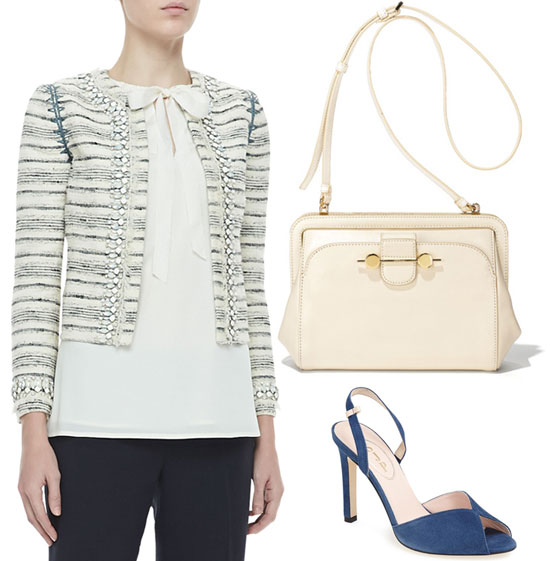 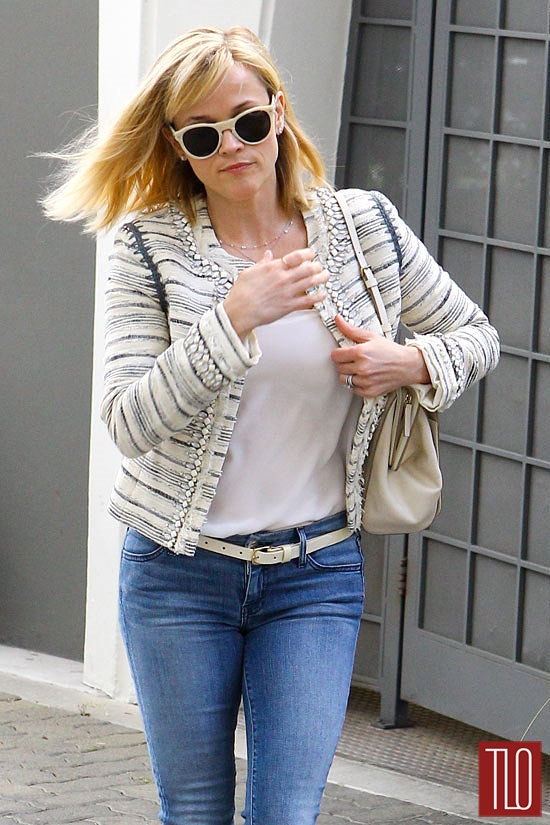 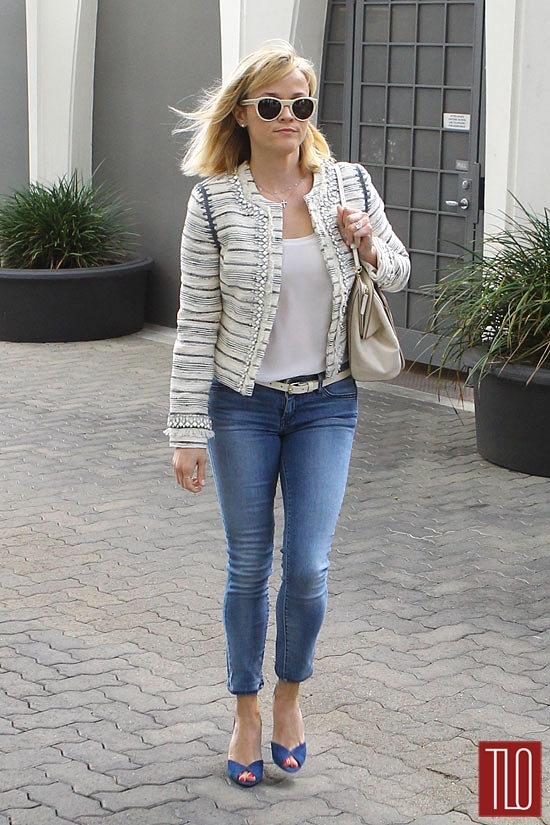 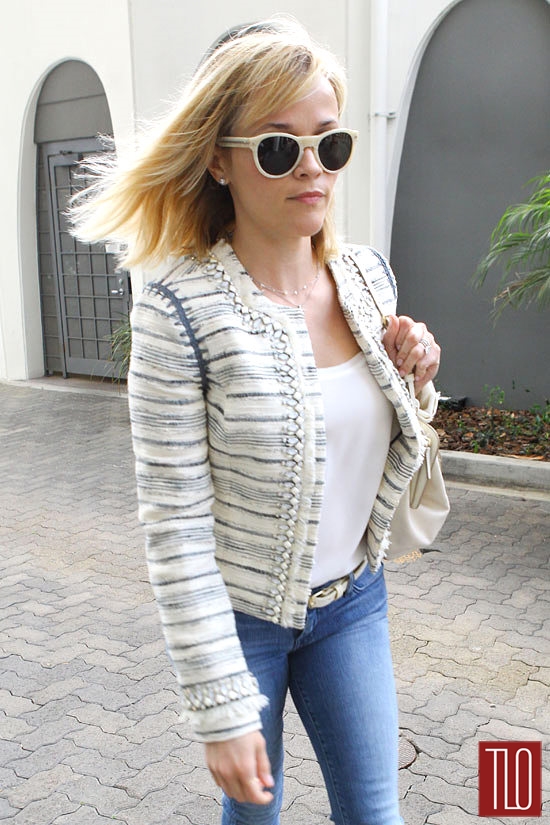 1) That “Everyone wants to be me” manner in which they sell the shit out of a certain image of themselves and do a damn impressive job of getting that image out to the public. Bottom line: we’ll always respect a star who knows how to get a spotlight on her. That’s a huge part of the job of being a star. We joke a lot about these sidewalk tour photo shoots she does, but the fact is, she does them really well.

2) Fabulous, photo-ready street style that really tells the public who she’s trying to be to them. A consistent image of her that is either aspirational or gives the illusion of being attainable. Reese is very much working that “stylish mom with a busy schedule and lots of money” look, which manages to be both illusorily attainable and aspirational at the same time. She’s launching a “lifestyle company” based on her own style, so getting the spotlight on her and then dressing up for it isn’t just smart in a general sense, it’s straight up brand marketing.

3) The ability to, despite all of the self-serving reasons for dressing up and getting your picture taken, give  the photographers an epic bitchface that would make a drag queen weep in awe. Attafreakingirl. That’s a STAR.