We’re in the homestretch, darlings. And with only a handful of looks left to wear during awards season, Miss Cate saved two of our faves for the end. 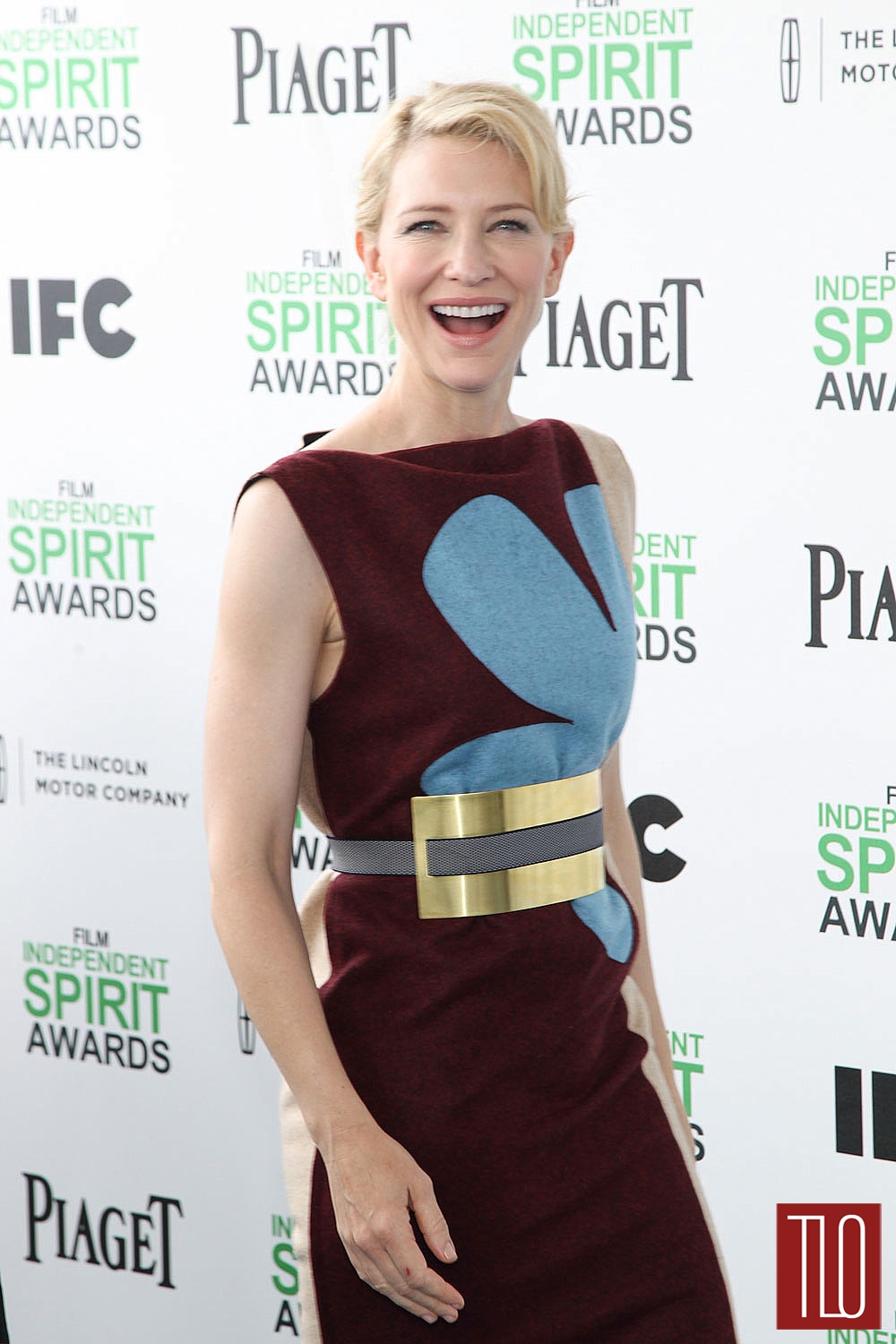 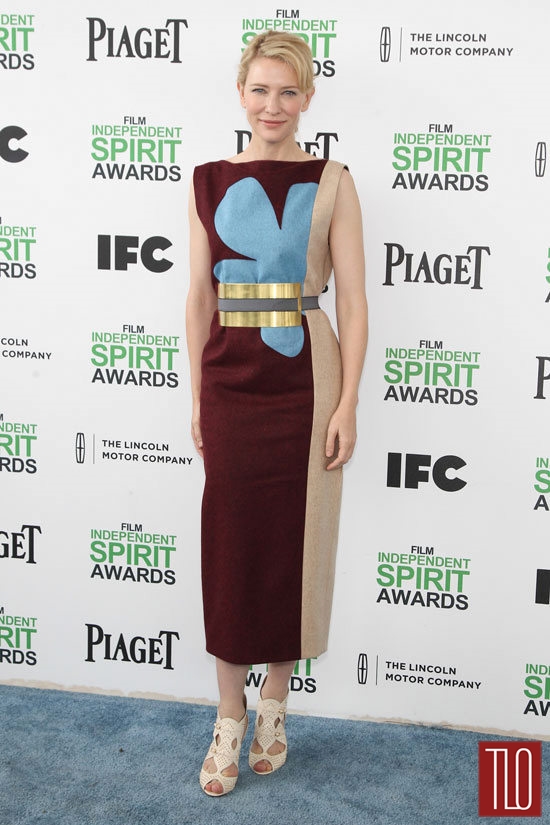 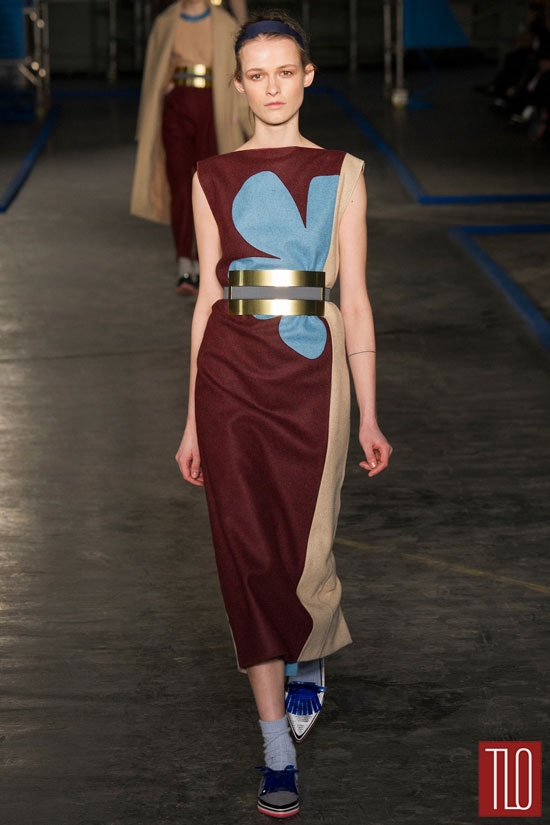 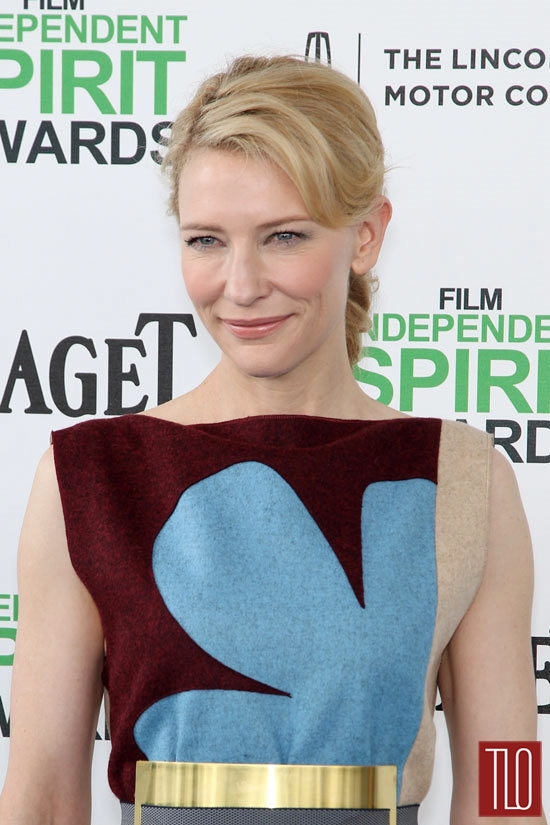 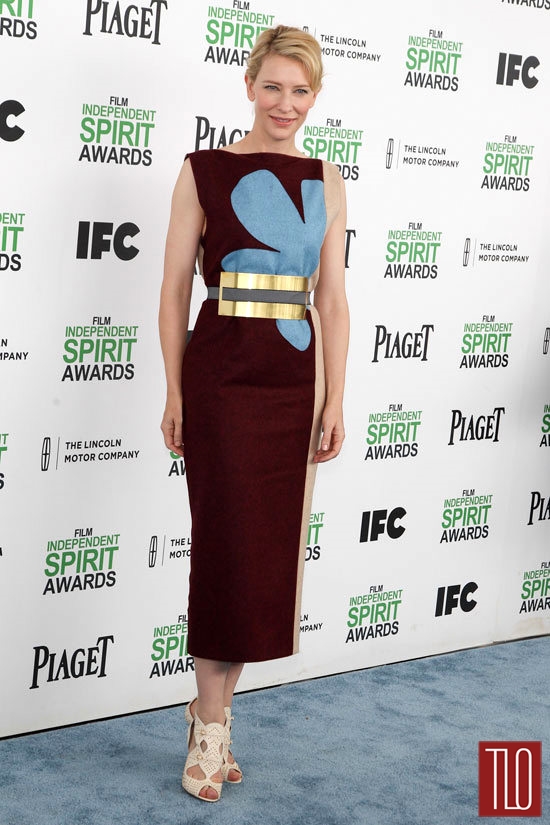 Love every little bit of this – even the overly complicated shoes, which help to provide some visual balance. So great to see colors like this on the red carpet. You just don’t tend to see these kinds of subtle shades in a world that prefers fire-engine reds and simple blacks and whites above all else. Love the graphic pop of the look combined with the clean face and low-key hair. It all works like crazy for her. A true head-turner – and it’s nice to see she’s heading into Oscars weekend on top of her style game, instead of worn out from it. 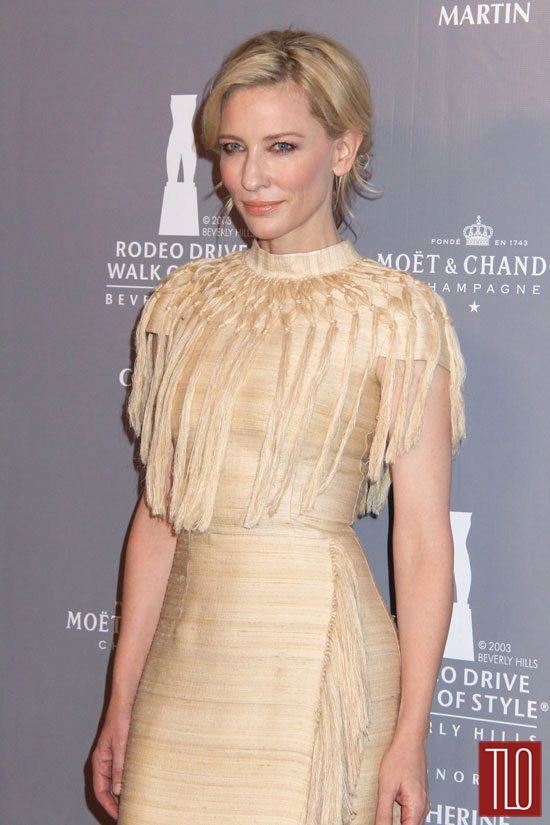 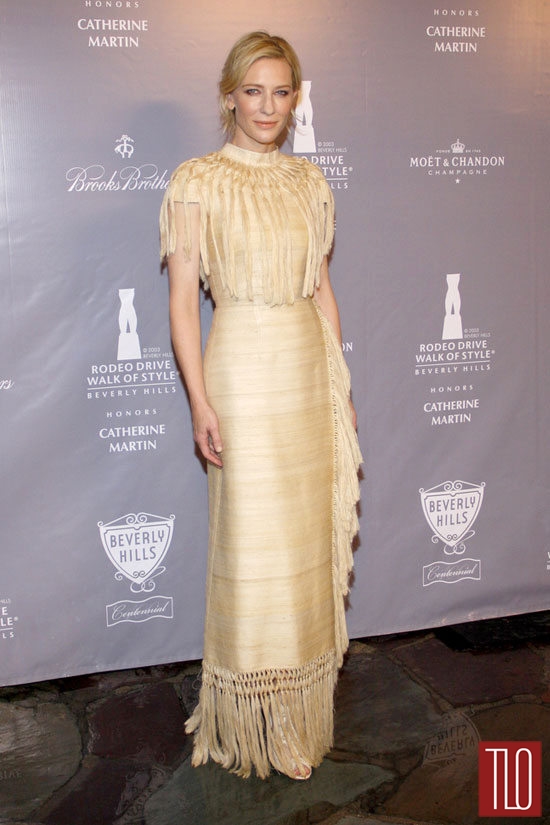 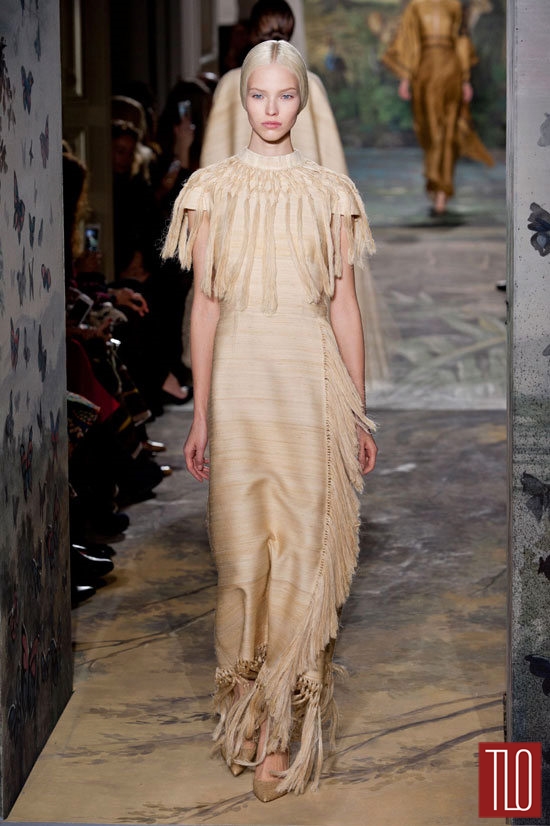 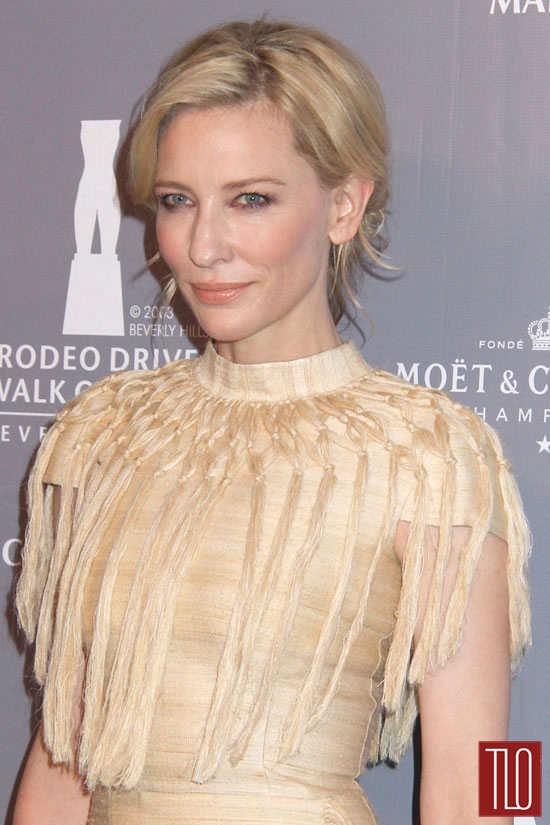 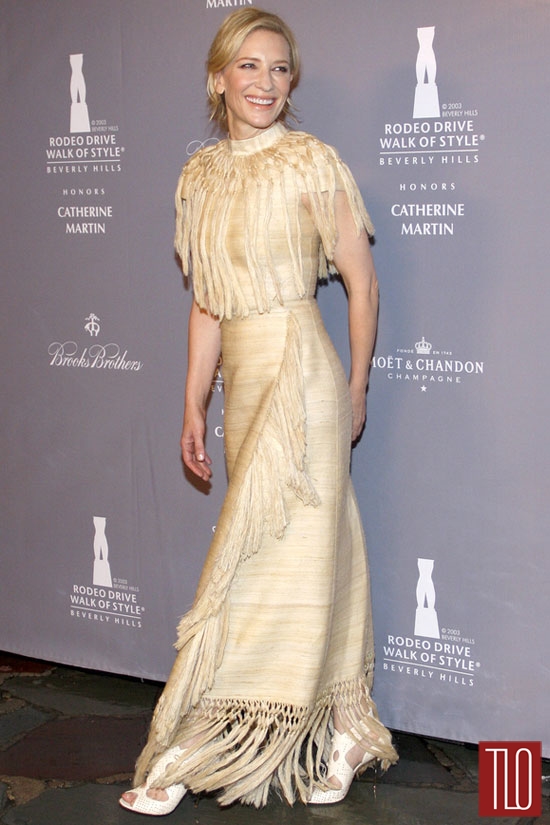 Let’s be clear here: it’s a tablecloth. A very beautiful, high end tablecloth, but still a tablecloth. It takes a Cate to make a dress like this … well… not look like a tablecloth. And she’s up for the challenge, apparently, because she’s making it work. She looks regal and somehow unpretentious at the same time – even with tassles hanging off her boobs.

Also: kudos to her team for finding two perfect uses for those shoes.