Keri Russell in Saint Laurent at “The Americans” Season 2 Premiere

Because we aways feel compelled to feature any variation of the ladytux that shows up on a red carpet. And because Lorenzo is positively buzzing for the second season of The Americans to start. 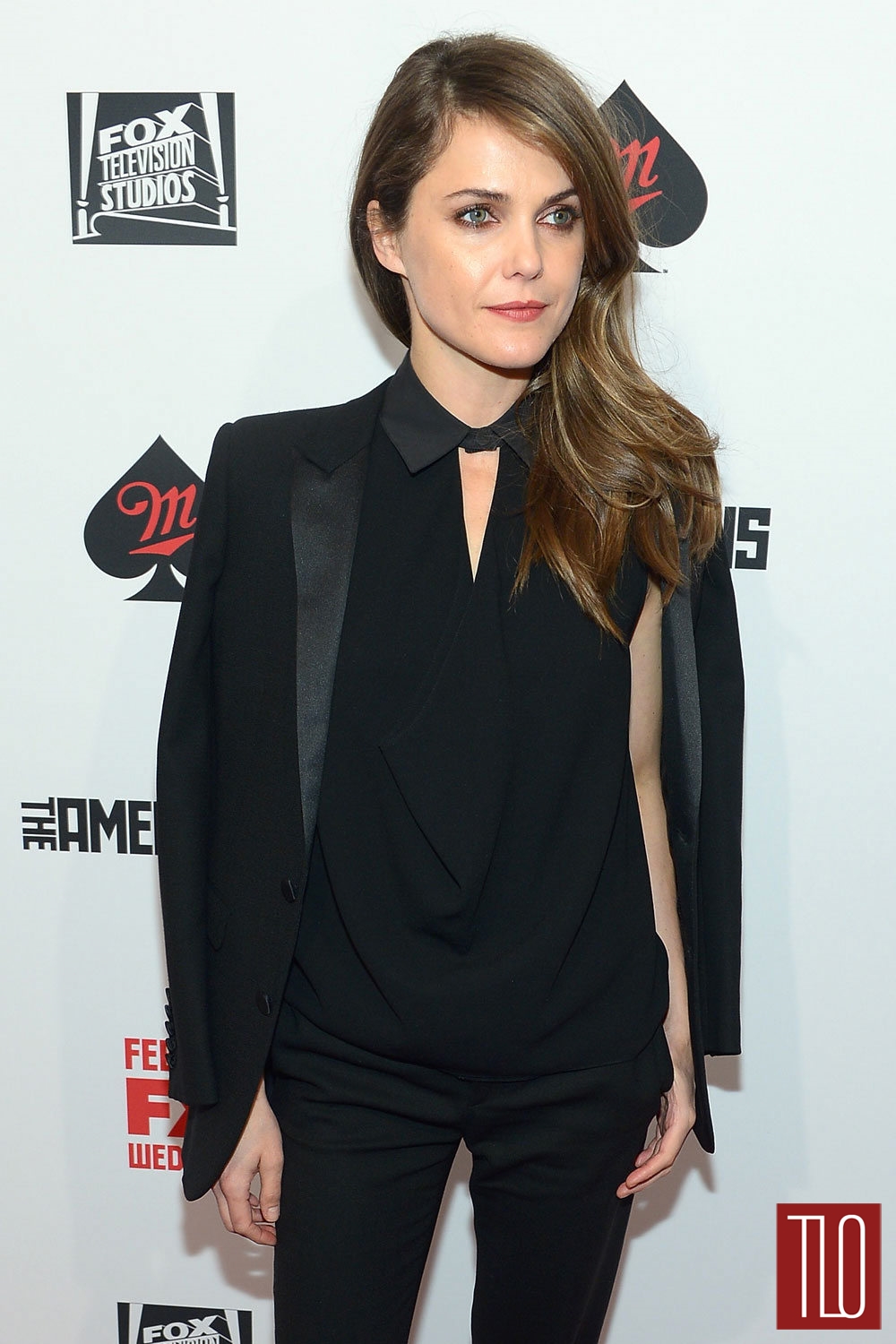 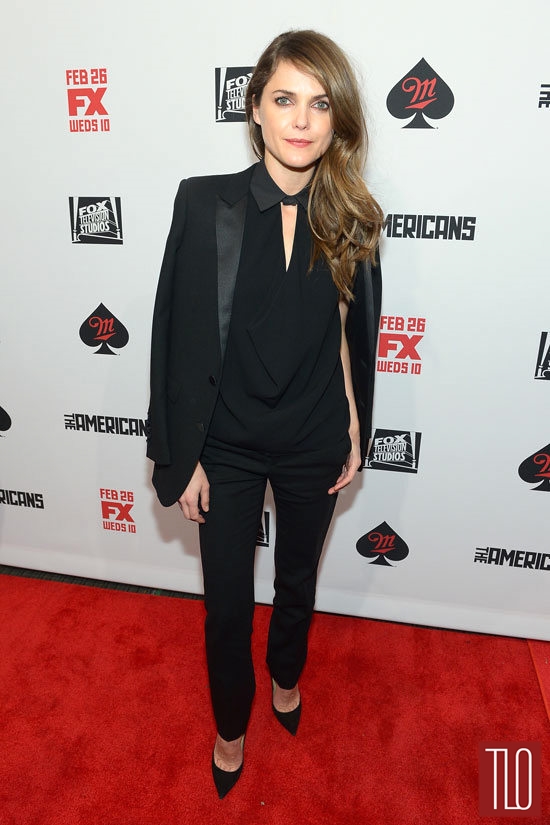 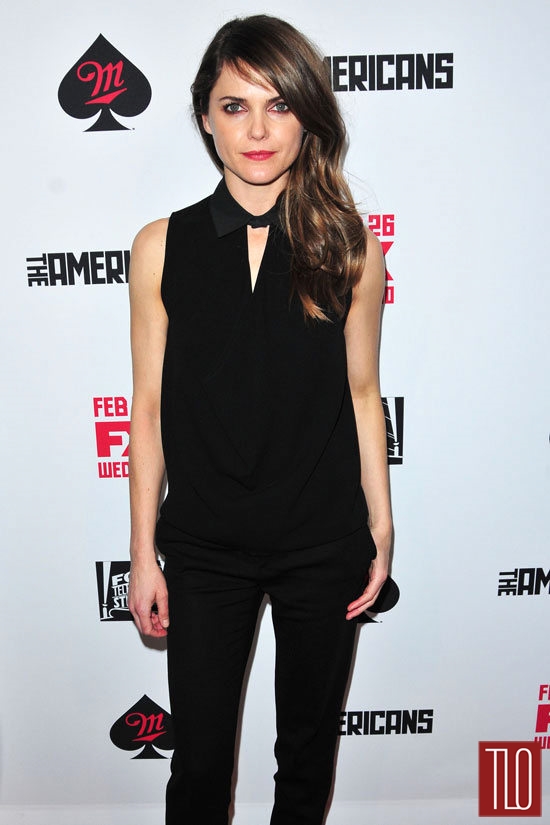 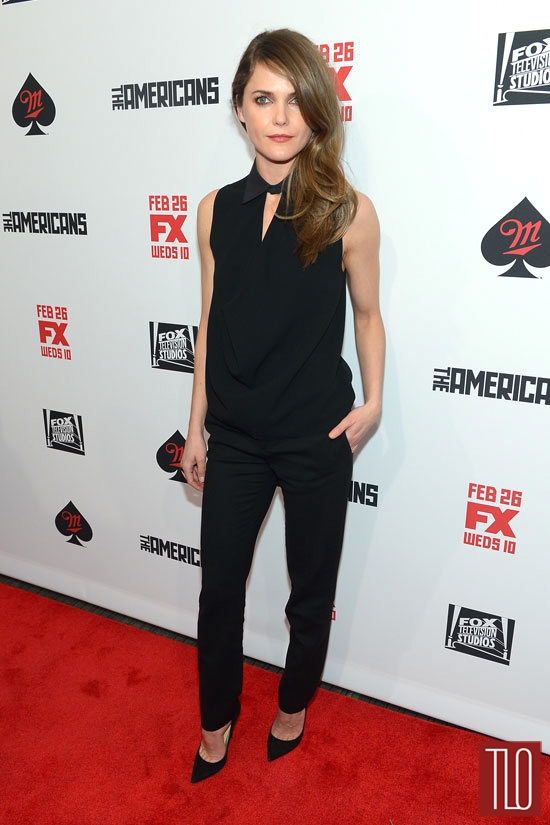 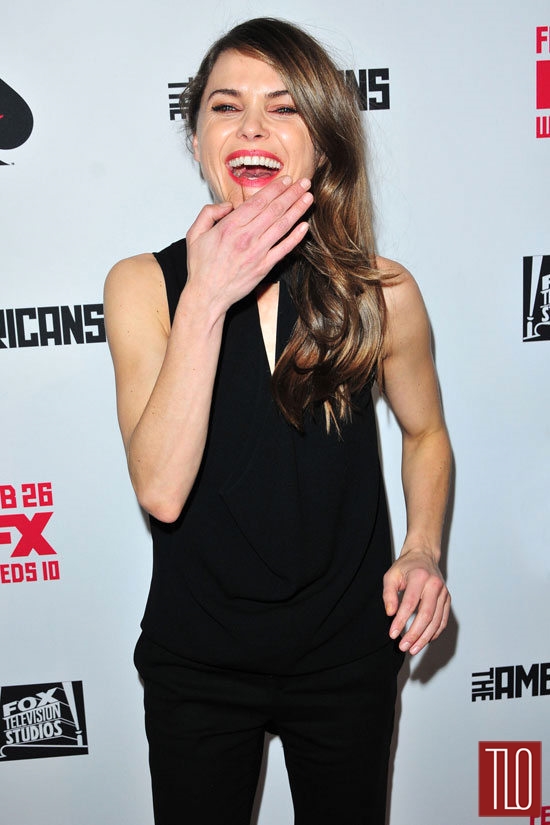 We don’t know… you put the jacket on and it’s just a shapeless mass of black. Especially when she insists on wearing it draped on her shoulders, which: no. Take the jacket off and it’s pretty cute, but we find ourselves wishing mighty hard she’d sported some jewelry. No need to go overboard; a fat cocktail ring would have sufficed. And her makeup looks pretty harsh – and DIY. Come on, honey. It’s the season premiere of your TV show. Pay someone to do you up right. She’s exactly the kind of gal who rocks the ladytux best, but this looks mostly like a series of missed opportunities to us. Couldabin a knockout.