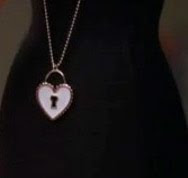 “My sex tape with J.D. Salinger was a disaster.”

Look, we can hardly be accused of being Gwynnie fanboys, so believe us when we say that we’re shocked at just how much we love her as Holly Holliday. In fact, T turned to Lo at one point last night and said, “You know she’s going to win an Emmy for this role,” and neither of us were upset about Gwyneth Paltrow winning an award. That’s how good she is here. She’s won the hearts of two bitchy gays.

What can we say about this number? We loved it and we loved how she can seamlessly inject comedy into her performance without making it seem forced. We laughed all through this number because, well, it’s Gwyneth Paltrow ripping open her jacket to a Joan Jett song. Come on. We absolutely lost it when Will held up the “Too much?” sign.

This was another strong episode. We’re not so naive to think the show has solved its inconsistency problems, but for now, almost everything’s working for us. This episode was a somewhat welcome return to the world of the adults. Not that we have any problem with the teen drama, but sometimes it seems the creators forget that a lot of the comedy originally came from the faculty. We are a bit concerned, however. Sue’s been written into a corner again and they don’t seem to know what to do with her, and Emma…well, we’ll get to that in a bit.

At the risk of evisceration, can we just say we’re totally over the Warblers? Kurt’s been mostly stalled as a character by his inclusion in this group. We rarely ever get to see him play off any other characters but Blaine and he hasn’t had a solo in months. Besides, Blaine’s really starting to grate and the musical numbers, which are ripe for parody, are always played absolutely (no pun intended) straight because (we suspect) Darren Criss is a cash cow for the production and his fanbase consists mostly of young girls.

Granted, Blaine’s pushiness allowed for another great scene with Kurt and Burt, but the whole thing from beginning to end felt a bit like a fantasy. Blaine’s conversation with Burt really didn’t ring true to us and Burt’s talk with Kurt, while heartwarming, also came off way too smooth for a man who’s supposed to be uncomfortable about the subject. Besides, we don’t quite buy Kurt’s insistence that a held hand is all the sex he needs or that he’s uninformed about what men do together during sex.

And the whitest folks in Lima, Ohio once again get their funk on. And you know what? We loved it. What a fun idea making “Kiss” a tango. We couldn’t have predicted it, but they nailed the vocals too. Fun number.

And here’s where the show really earned its praise. We’ve mostly kept quiet about this in our writeups (because we don’t want to check things off a list with this show), but for too long the relationship between Brittney and Santana has been ignored or simply glided over. In light of all the attention paid to Kurt, there was an uncomfortable undertone that gay BOYS have a terrible time in high school, but gay GIRLS are popular and unconflicted and date boys, which almost certainly annoyed a LOT of lesbians out there, who had no better a time in high school than their bullied gay brothers.

We didn’t have lumps in our throats during this number; we had CARS in them. Or at least, that’s what it felt like. The look on Santana’s face was utterly heartbreaking. Of course it helped that they sang an absolute classic of a song (and one of T’s all-time favorites). One thing that occurred to us while watching this number was that it was a perfect example of what the musical genre can do that no other genre can. You could have written a dialogue-filled scene where one character realizes she’s in love with another one and yet she’s afraid of what that means (in fact, they did just that later in the episode), but you can’t achieve the knife-through-the-heart emotions of watching a character come to that realization internally, while she’s singing a song. Totally heartbreaking – and truly wonderful work by Naya Rivera.

HIGH-FRIKKING-LARIOUS. When the camera pulled back to reveal Emma in her “Up with People” – style maxi-skirt and blouse we roared with laughter. But now we’re going to complain. They’re doing with Emma what they’ve always done with Sue: put the character in a box until they need her for something and then simply force words and actions out of her that don’t tend to work given her history. Emma’s still in love with Will? Fine. It’s not like we didn’t see that coming. Of course, it’s not because they laid a lot of groundwork and fed a slowly unfolding subplot that we were able to foresee such a thing. No, Emma was mostly played as an entirely different character all season (on the rare occasions when we saw her) and this return to the Emma of yore – the prissy, OCD Emma – pretty much came out of left field simply because the writers decided it was time to re-introduce a Will and Emma love triangle (or rectangle, in this case). We’ve seen her making out with her husband in her office, so this sudden subplot where she doesn’t even like to be touched just doesn’t make sense. Don’t get us wrong; we’re very happy to see an Emma that makes us laugh again, but they could have strewn this subplot all through the season and let it grow instead of simply unpacking it now because there are only so many episodes left in the season.

“I am very inspired that both of you are showing how celibacy is a viable option for teens who simply aren’t ready for intimacy. And for those who are older and are terrified of the hose monster.”

” My lips are sealed. Just like your legs. See? A real doctor would never have said that.”

“We watch the Housewives shows, which are so, so racy.”

“Not one member of this club has had an unwanted pregnancy in almost a year.”

“A nooner’s when you have dessert in the middle of the day, right?”