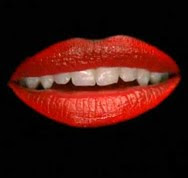 At the risk of once again being branded anti-Glee philistines by the commentariat, we have to admit we weren’t really looking forward to this episode at all. If there’s one consistency with Glee, it’s that the “theme” episodes are usually the weakest ones.

Then we saw the pictures online of Mercedes dressed like Frank and Sam in his tank top and shorts version of Rocky, and we thought, “Why?” Why do this if you’re going to stray so far from the sybaritic origins of the material? If it’s because you can’t have teenage characters performing this kind of material, a point with which we mostly agree, then why alter the material to fit a venue for which it’s ill-suited?

When the episode opened we thought for a split-second that the whole episode would be, for lack of a better term “in character.” In other words, it would be a full hour of Rocky Horror. We groaned at the thought because there’s just no way you can translate the film to a television show geared towards teenagers.

We were a bit relieved that they actually managed to come up with a story that made some sense for the characters. So long as you accept that Mr. Schu, who is routinely referred to as some sort of super-teacher whom all the kids adore, is really something of an asshole who continually puts the kids through the wringer in order to satisfy his own personal whims. Which we do. Schu’s kind of an asshole, let’s face it.

Plus, by the time John Stamos did “Hot Patootie,” we were ready to accept that the numbers themselves were pretty fun. And that man aged very well, we have to say. Never did a thing for us back in his Uncle Jesse days, but we share Santana’s lust for him now.

And, okay, she nailed the shit out of that number and turned it into something new. Plus her reasons for doing it made sense and were a little sad to boot. She’s, in our opinion, the most talented member of the glee club, but because she’s a chubby black girl, she knows she’s not going to get the lead so she’ll take it where she can get it. If only the whole episode centered around that point. We would have loved an examination of Mercedes’ thinking and how it relates to her interpretation of the character of Frank rather than some fairly faithful reproductions of the original numbers.

But how much can we complain when we get THIS? The story’s been told more than once by the show’s creators that “Touch-a Touch-a Touch me” was the song Jayma Mays used to audition to get the part of Emma. We suspect they structured this whole episode around giving her the opportunity to do it again. Inappropriate and implausible? You betcha. But a lot of fun, even if they had to change the lyrics to be a little more PG13.

Then, when we got to the end of the episode and realized they had rather brilliantly constructed the story around the fact that this material is inappropriate, we had to applaud. “None of this is plausible!” yells Sue. Exactly. They took the implausibility of the story and made THAT the story. Once again, Sue is right even if her methods are self-serving. “Don’t lead them to it. Don’t make it okay. They’re kids.” Kids are going to expose themselves to things like Rocky Horror and even internet porn. Maybe adults shouldn’t be restricting their access, but they sure as hell shouldn’t be walking them right up to the material and giving it their stamp of approval. Of course, the idea that Will would have gotten as far as he did without being shut down is totally implausible, but this was one episode for which plausibility was not a requirement.

No, the point was to have some fun with some classic numbers. And?

Mission accomplished. What sounded like an awful idea for the show turned out to be one of its strongest episodes in a while. And the performers looked like they were having a blast with the material, making for a very enjoyable (if highly implausible) hour. Watered down version? Sure, but they made that an actual story point that made sense and besides, we still got the essence of the numbers and an understanding of the reason why the movie has such staying power. “Rocky Horror is for outcasts.”

Funny quotes and we’re out:

“So what are you going to be for Halloween this year?”
“I’m going as a peanut allergy.”

“There is no way I’m playing a transvestite in high heels, and fishnets and wearing lipstick.”
“Why, because that look was last season?”

“I have no idea what’s going on in this script and it’s not in a cool Inception kind of way.”

“…making it the zoo’s first Unitarian wedding in 6 years.”

“Children must learn fear. Without it, they won’t know how to behave. They’ll consider frenching grizzly bears and living in Florida.”

“Seventy percent of all teeth in this school are wooden.”

“I’m afraid I’m going to show off some nuttage.”

“Where are you going?”
“To show everyone how hot and sexy I am.”

“I had to bring in a grief counselor!”

“Give me some chocolate or I will cut you.”